WWE Announces A Talent Hunt For Africa’s Next WWE Superstar, Tryout To Begin In Nigeria, February 2023 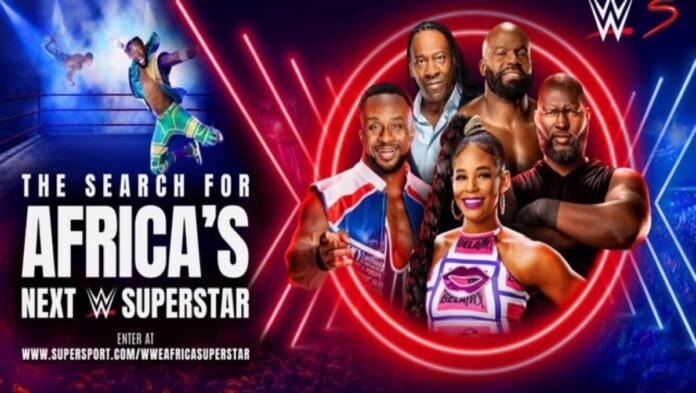 World Wrestling Entertainment (WWE) and Multichoice announced at a press conference on Tuesday, November 8, 2022 that WWE will begin a talent search in Africa to find the next WWE Superstar.

Applications are now possible and can be submitted via the WWE Website. The deadline for applications is December 18th.

Any African citizen over the age of 20 can submit a video for consideration.

James Kimball, WWE’s head of operations and talent strategy, told a news conference in Lagos on Monday that the company is looking for African athletes with personalities to help them on their journey to achieve their dreams as WWE Superstars.

“This is a unique opportunity. A real golden ticket and we take it very seriously and we’re sure all potential athletes across the country will too.” He said.

The first WWE African Trials will take place in February 2023, with registration open on December 18 and lasting six weeks.

Mr. Kimball also confirmed that all expenses will be paid to the contestants selected to return to Lagos for final testing and from there the most promising contestants will be invited to compete in WWE’s biggest event of the year, Wrestlemania in Los Angeles, California, USA. in the next year.

Also in attendance on Tuesday were two WWE Superstars Omos and Apollo Crews.

The duo expressed their excitement about WWE’s latest show in Africa and are also excited to be back in the country after more than a decade.

“It is a great pleasure for me to be back home here in Nigeria,” Omos told a news conference.

“I am happy that Nigeria will show the world that there is talent all over the world, but we have talent here in Naija,” he added.

Apollo Cruz also admitted that he was amused by the opportunity to return to Nigeria after an absence of more than 25 years.

“The opportunities in WWE are incredible and it’s a global brand.”

“So we are here to bring new African Superstars to the WWE. We want to showcase all the talent that is here in Nigeria, like Omos and I.” said Apollo.

Omos, who was recently defeated by Braun Strowman at Crown Jewel, also confirmed the chances of a rematch against the self-proclaimed monster of WWE monsters.

The 28-year-old WWE Raw star recently took to social media after making a surprise visit to his family after being away for over a decade, and now looks set to become the next generation of high-profile athletes in Africa with the next WWE. conduct trials in Nigeria.

The partnership includes all WWE Premium live events, including WrestleMania, as well as the WWE Network’s vast library of original and archived programming, ready to be streamed on demand to more people in Africa on Showmax, the most popular streaming service in Africa. Africa, as of early 2023.