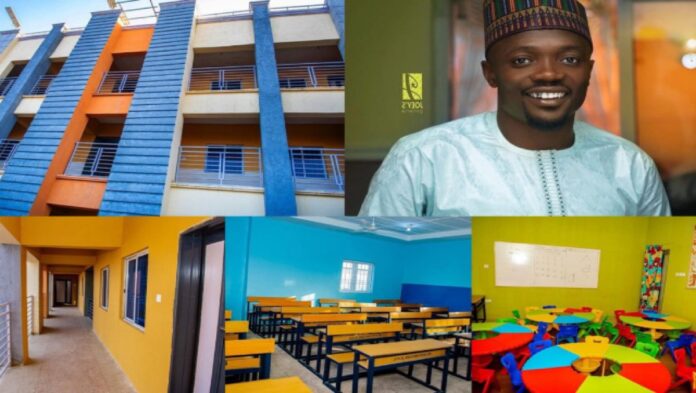 Nigerian football player, Ahmed Musa has built a world-class school in Jos. The football player announced the good news on his Instagram page by sharing photos of the mega school.

Ahmed Musa dedicated the school to his parents, Mr. Muse and Mrs. Sarah. The school is named after the couple, “M&S International School.”

Recall that Ahmed Musa has been known for his charity works one of which won the hearts of many when he offered to help former Nigerian Olympian Bassey Etim, who was spotted filling potholes in Ajah, Lagos.

In a viral video, Bassey Etim was seen in a sorry condition filling holes around the Ajah area of Lekki, Lagos. The athlete prioritized helping the community fill in its holes and was seen in the process after which images of his attempts hit social media.

Bassey, who won a gold medal at the 1983 Commonwealth Games in Malta, said he suffered an injury while representing Nigeria at the 1984 Olympics.

Etim opened up about his reason for taking the job, revealing that he had to spend his savings on his treatment because he claimed Nigeria abandoned him.

“I suffered an injury and when I returned to Nigeria he refused to take care of my injury so I had to use my savings to return to America in September 1985 to take care of the injury.

But I still come to volunteer to give back to my country. People say, “Why would you do that? They didn’t care about you.”