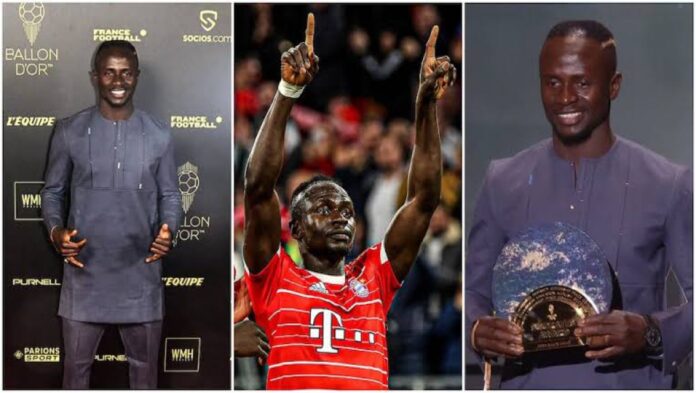 Sadio Mané, forward for Senegal and Bayern Munich, won the Socrates Prize, the first awarded at the 2022 edition of the Ballon d’Or ceremony.

The Socrates Prize, a new award in the history of the awards, recognizes the best social initiative by a committed advocate.

Mané carved out a niche for himself on and off the field as a champion. The Senegalese international has been described by many as a man with a “heart of gold” due to his humanitarian work.

The 30-year-old’s humanitarian work in Senegal has had many lasting repercussions in the country over the years, particularly in his home village of Bambali, where he provides monthly stipends of €70 to all families in the village, as noted by Borgen Magazine.

“The Socrates Prize will reward the best social initiative of committed champions,” read a statement from France Football magazine about Bein Sports.

France Football, organizer of the Ballon d’Or, said it chose Sócrates, who died in 2011 aged 57, because of his involvement in a campaign he helped organize at his club Corinthians in São Paulo while Brazil was under military control.

Recall that Sadio Mane proved his class off the field during the 2021 Africa Cup of Nations after paying the entire hospital bill for a boy with life-threatening injuries.