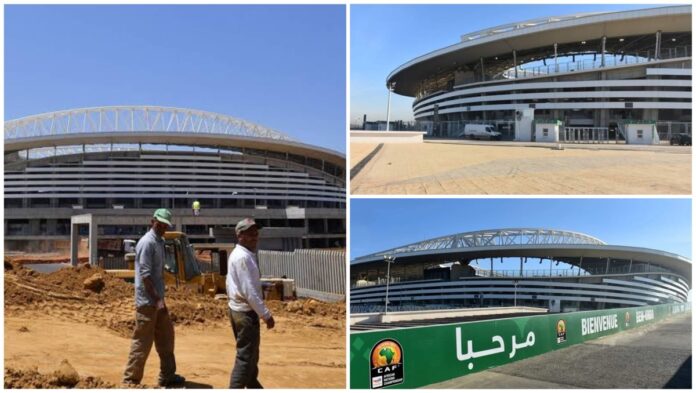 Algerian Sports Minister Abdel-Razzak El-Sebk announced on Tuesday that the new football stadium being built near Algiers will be named after the late South African leader, Nelson Mandela.

The new stadium will have a capacity of 40,000 spectators and will host the opening ceremony of the next Africa Cup of Nations. The tournament is scheduled to take place from January 13 to February 4, 2023 in stadiums across Algeria.

Mandela was a revolutionary politician who fought against apartheid in South Africa. After his release and the fall of the apartheid regime, he was president between 1994 and 1999.

He was particularly associated with the Algerian Liberation Revolution (1954-1962). In 1961, Mandela received his first military training in the ranks of the National Liberation Army in Algeria.

Before and after Algeria’s independence in 1962, he also sent several ANC fighters to the country for military training.

The new Nelson Mandela Stadium has an official capacity of 40,784 – slightly less than Nelson Mandela Bay Stadium in South Africa – and is expected to cost around 280 million euros (R5.1 billion) in construction costs.

The stadium is set to be used for nine matches during next year’s CHAN 2022 tournament, including six matches of the group stage, quarterfinals, semifinals and the final of the tournament on February 4.