All You Need To Know About The Great Ruins Of Zimbabwe 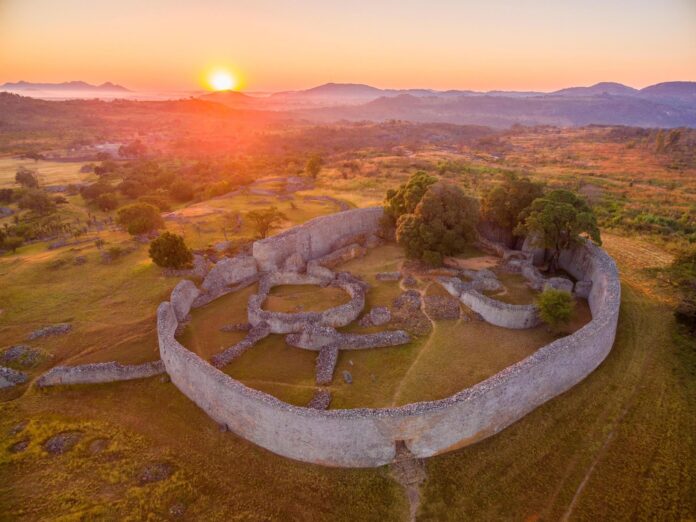 The great ruins of Zimbabwe, founded in the 11th century, are the oldest settlements in the southern region of the Sahara, Africa.

The Great Ruins, located in the center of Southern Africa between the rivers Zambezi and Limpopo, offer witness to Africa’s illustrious architectural heritage.

“Shona”, the Zimbabwe name for ruin, was first mentioned by Vicente Pegado in 1531. Vicente was the captain of the Portuguese garrison at the time. He recorded the ruins as “Symboae”. The great ruins of Zimbabwe have since been adopted as a national monument by the Zimbabwean government. The “great” distinguishes this ruin from smaller ruins around the state.

The great Zimbabwe ruin served as habitat for the then livestock farmers, who were also skilled metalworkers. The ruins show the great architecture, which makes them very peculiar even without the presence of towers, stairways, or security, says Peter Garlake, an archeologist.

The ruins of Zimbabwe are said to be the oldest buildings in sub-Saharan Africa. Although still a mystery, it is said that the Queen of Sheba and more than 10,000 Africans breathed there before the looting in 1902.

The great ruins of Zimbabwe have now become more of an industrial empire since the 13th century, with trade ties to India, Persia, and China. There is still a piece of Persian pottery, a Chinese writing collection, and brass ornaments descending from Assam in India found in small museums around the site today.