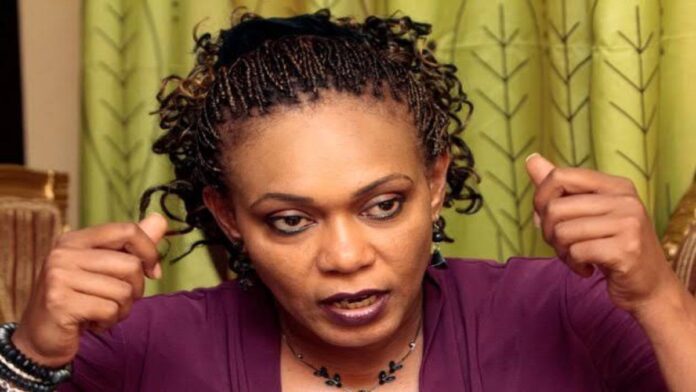 Ms. Hamed, a 40-year-old engineer and long-time advocate for women’s rights in Sudan was imprisoned twice: once in 2002 for wearing trousers and again in 2013 for refusing to cover her hair.

According to the Front Line Defenders Award for Human Rights Defenders in Danger, she became deserving of the award for her qualities and sacrifices and also for her positive influence in her community.

The courageous winner of the prestigious award, first came to public notice during a period when a law existed in Sudan which prevented women from exposing their hair or wearing trousers in public.

This rule, which Ms. Hamed claims “turns Sudanese women from victims to criminals,” was finally repealed in 2019, when President Omar al-Bashir was deposed by the army.

Referring back to her arrest back in January, close relatives of Ms. Hamed stated that she was escorted out of her apartment in Khartoum by at least “30 armed and masked men” who broke into her house in the middle of the night “and took her to an unknown destination”.

In a statement by the NGO Front Line Defenders, the very group which had just awarded Ms. Hamed, “her activities are noted as she never turned away from her mission and continued to actively participate in peaceful demonstrations.”

The annual Front Line Defenders Award for Human Rights Defenders in Danger was founded in 2005 to recognize the efforts of a human rights defender who, through nonviolent activity, is courageously contributing to the promotion and protection of others’ human rights, often at great personal risk.

The Al-Jazeera Media Network became the global media partner for the Front Line Defenders Award in 2014, offering the ceremony and the defenders’ work a far wider audience throughout the world.

Beginning in 2018, Front Line Defenders modified the format of the Award, honoring five Regional Award Winners and having the Irish jury choose one of them as the Global Laureate.

Aminata Fabba won the award for the previous year.

Fabba is the chairwoman of the Malen Affected Land Owners Association (MALOA), as well as a farmer and a grassroots land rights fighter in Pujehun’s southern province. MALOA is a Sierra Leonean community movement fighting SOCFIN and other biofuel capitalists.

Aminata was detained by police and transferred to Sahn, the Chiefdom headquarters, where she was held in a cell for one week after standing up to the Chiefdom authorities to defend her family’s land when large-scale land investment began in Malen Chiefdom in 2011. Only with the help of national and international pressure and the payment of a bail fee was she released.