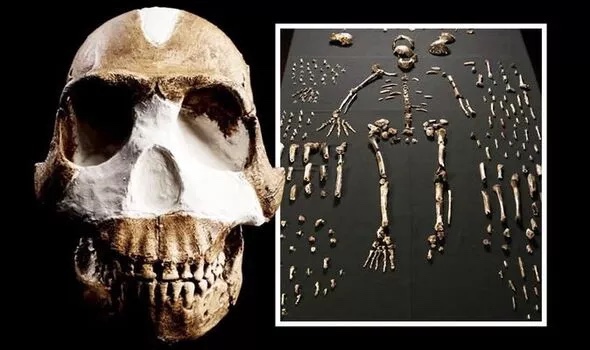 However, one of his most notable discoveries happened in a previously unexplored cave. An expedition that caught global attention with a Smithsonian channel documentary dedicated to his activities tagged, ‘The Life of Earth: The Age of Humans.”

“I had this map I created of almost 800 cave sites that were all entryways into the underworld that I hadn’t been in yet — and that was the mission,” Dr. Berger said, speaking about the active measures and strategies he employed in his missing.

DR. Berger’s decision to visit the caves started with the rumors that human remains in one of the cave’s corridors. The rumor led him to make several arrangements to explore the unexplored parts of the cave. Even though some of the cavern’s apertures were only a few inches wide, the outline of a figure appeared from the murky darkness.

“I was speechless,” the archaeologist said. “There was a clearly primitive hominid just lying there on the surface in the dirt, something I thought I would never see in my entire career,” he added.

Discovery of a New Specie

The prize of the discovery by Berger’s team was bones from 15 different skeletons dating back to the time when humans initially spread across Africa. The remains discovered by Berger and his team revealed some information about different species of humans. This generation of humans would have been ancient humans, characterized as being very different from what we have now.

Recall that the discovery of Lucy, an Australopithecus genus of early hominins, was also done in Africa, Ethiopia to be precise. According to research, the remains of this interesting character are at least 3.2 million years; one of the oldest ever discovered. So far, Africa has proven to be one of the most profitable wells of old human knowledge as a continent.