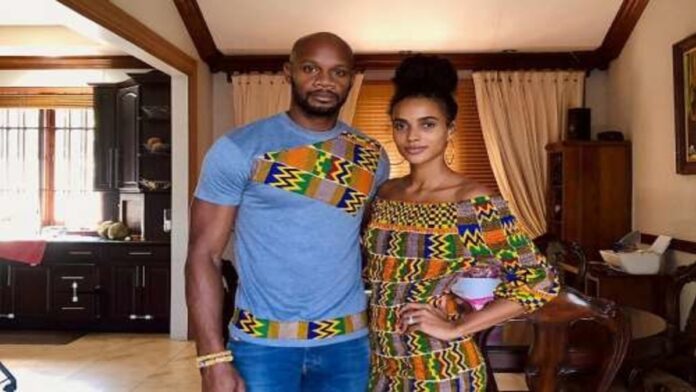 According to information disclosed by the president of the Ghana Olympic Committee, Mr. Ben Nunoo Mensah; Jamaican athlete, Asafa Powell, and his family will visit Ghana this December.

Leveraging his relationship with Powell’s wife, Alyshia Powell, who happens to be his niece; Nunoo claimed that the record-breaking Jamaican Sprint Legend would visit the Motherland.

Powell, who is known for breaking the ten-second barrier 97 times—more times than anyone else—specializes in the 100-meter race.

The Jamaican sprinter has set several records; including setting the 100-meter world record twice, between June 2005 and May 2008, with times of 9.77 and 9.74 seconds.

Powell has consistently broken the 10-second barrier in competition, and his personal best of 9.72 seconds ranks fourth among men’s 100-meter runners of all time.

Furthermore, he will hold a series of events with young athletes and visit major tourist locations and educational institutions while in Ghana.

Powell will also meet with high-ranking government officials and investigate how to strengthen links between Ghana and Jamaica in sports and related industries.

Mr. Ben Nunoo Mensah stated that Ghana and Jamaica share many similarities, and that supermodel Alysha Miller Powell will be a guest of various women’s organizations such as the Women’s Commission of the GOC, WOSPAG, and WISA.

He won bronze in the 100 meters and gold in the relay at the 2009 World Championships. Powell has won the IAAF World Athletics Final five times. He also holds the world record in the 100-meter dash.