How Bee Venom Is Used as an Alternative Medicine In Uganda 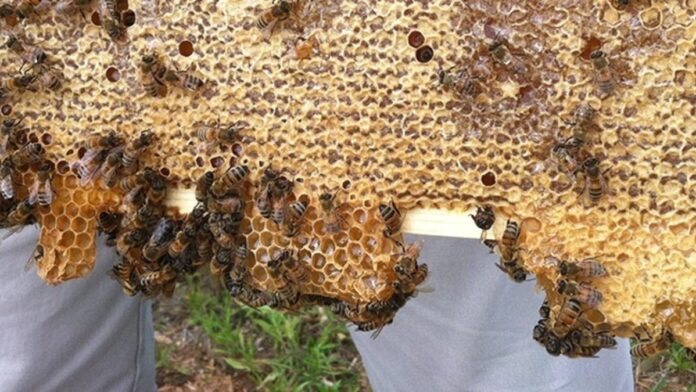 Ugandans have recently been able to master the art of herbal medicine derivation. They use several ingredients sourced from natural resources to make cures for illnesses and diseases.

According to local treatment analysis, they have also been able to use Bee venom as a therapy for HIV and other Illnesses.

According to Miriam Nantaba, Bee Venom has been instrumental in serving as an alternative therapy option for HIV. Nantaba claimed that she employs the use of Bee Venom for over a year without issues.

While speaking to the media about his “wonder drug”, Simon Turner, proprietor of Malaika Honey, claimed that Bee Venom has served him well.

He stated that it “helped him a lot especially in boosting his immunity.” He added that “the CD4 count on my viral load is up which wasn’t the case before and my skin also looks good”

Bee venom is an interesting ingredient, known to be a colorless liquid produced by a sting barb from a bee.

The process of extracting the Bee venom and making it into one of Uganda’s most famous medicinal herbs is an interesting one.

According to Simon Turner; the process requires the use of a machine with an activation board. Low electricity is passed into this machine moving through the wires.

Immediately the bees hit these wires they get a little shock. They sting through to the glass and their venom is released onto the glass.

Over the years, there have been debates about the activities of beekeepers in medicine. Some believe Bees can secrete venom mixed with selected plant extracts to form an incredible medicine.

Earlier referenced are the words of venom collector, Tadeo Balisanga who claimed that Bee venom is helpful in aging issues.

Although little scientific evidence backs up these claims; traditional evidence exists according to Ugandans.

According to Patrick Tumussiime, Uganda’s Commissioner for National Disease Control, “This stuff is not standardized and each one is doing it differently.”

He claimed that the repercussions of adding excessive bee venom are so far not known.

Bee venom extract is used around the world to help those with severe allergies to bee and wasp stings. Sometimes, bee venom is injected to help patients.

Though little, they are used to help patients become desensitized to stings that could otherwise kill them.

There have also been reported cases where Bee venom has been used to manage pain and mobility issues.

Bee venom treatments are becoming more popular in Uganda, despite concerns about their widespread use.

Even though there isn’t much proof, Nantaba and others like her are sure that bee venom therapy will be an important part of their treatment for years to come.