Ben M’hidi – One of the greatest heroes of Algeria 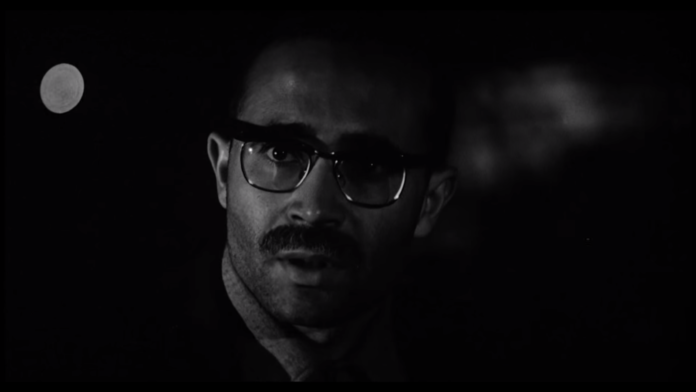 One of the greatest heroes in Algeria is Larbi Ben M’hidi. He was one of the prominent leaders during the Algerian war of independence. He is one of the six founding members of the Front de Libération Nationale.

This is a political group that launched a revolt in Algeria, an armed one. They then issued a proclamation called for a sovereign Algerian state.

He always believed that the only way to have a successful revolution is if it is directed internally. In 1957, he was captured and killed by French paratroopers. Pierre Gorlin, the press officer to Robert Lacoste, announced his death in March 1957.

There are many stories that say that he was tortured before being executed. Everyone who knew him insisted that he would never take his own life. They know this because he was a devout Muslim. The religion of Islam forbids suicide. The media had reported that he took his own life. 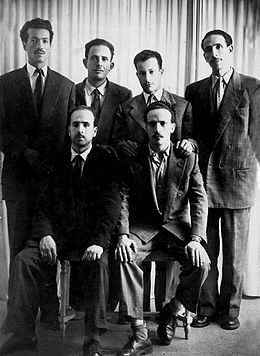 In 2000, one of the leaders present at the time of his death, General Aussaresses, admitted that Ben M’hidi was executed in custody. The complete truth remains a mystery.

He is regarded as a national hero in Algeria and a symbol of the revolution that ended French colonialism in Algeria.

The early life of Ben M’hidi

He was born in 1923 in El Kouahi, Ain M’lila. This village was part of the Constantine department in the 1920s. He received his primary school certificate at a school in Batna. He finished his secondary school in Biskra. He joined the Algerian Muslim Scouts and became a leader after a short time.

When Ben M’hidi became a follower of Messali Hadj, it was World War II. He got arrested a day after the Sétif uprising. This was the insurrection against the occupying French forces in May 1945.

The French employed a massacre to suppress the Sétif uprising. Afterwards, they arrested Ben M’hidi in Biskra and had him imprisoned in the Coudiat prison for four months.

He was shocked by the massacres in Setif, Guelma and Kherrata.

He was released a year later due to amnesty granted to him and other nationalists.

The PPA was split after the riots in 1945. A new group opened in 1946 called the Movement for the Triumph of Democratic Liberties (MTLD). This was headed by the Messali Hadj.

In their impatience, Ben M’hidi and eight other members began a new group called the Revolutionary Committee of Unity and Action (CRUA) on 30 March 1954.

During a meeting at the Climat de France, the FLN decided to launch an insurrection.  This broke out in the morning of 1 November 1954. This escalated into the Algerian War.

This outbreak is popularly known as the “Toussaint Rouge”. In English, this means “Red All Saints Day”.

Ben M’hidi and five of his team members operated internally while they had three other members who operated from Cairo (externally). They call them “The Men of November”.

Ben M’hidi was assigned to Wilaya V (Oran). In this place, he had difficulty because there was a recent earthquake and promised arms did not arrive.

Ben M’hidi took command of the Zone Autonome d’Alger (ZAA) on 2 November 1955 and appointed Yacef Saadi as his aide.

An FLN tract authored by Ben M’hidi and one of his members’ decrees: “All executions of combatants will be followed by reprisals. For each FLN soldier guillotined, a hundred Frenchmen will be cut down”. 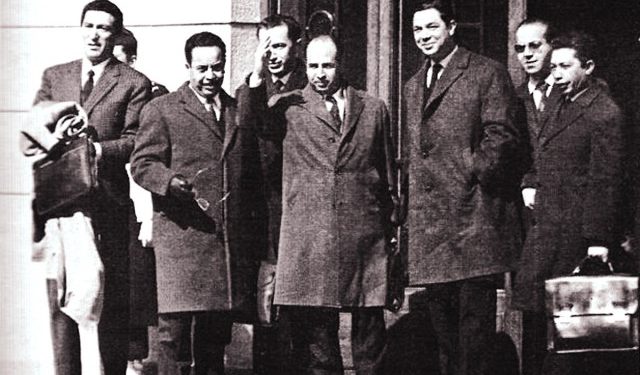 In August 1956, Ben M’hidi took over command in Algiers and gave the control of Oran to one of his members. He suggested they carry out an insurrectional strike in January 1958. They implemented this on 28 January 1957.

This caught the attention of the United Nations.

In order not to be caught by French colonials, he did not stay longer than two days in each hideout. More than 2000 paratroopers were always looking for Ben M’hidi and the members of the FLN.

The details of his arrest are controversial. Many versions refute each other.

The French sources say that the paratroopers caught him in his apartment on Rue Claude Debussy. He was said to be in pyjamas.

In the photograph that was taken, he was exchanging words with the paratroopers. They handcuffed him and shackled his feet.

Marcel Bigeard personally interrogated Ben M’hidi. He promised not to allow torture to be used on him. This version says that Bigeard had the utmost respect for him because he did not back down after two weeks of questioning. He withstood his interrogators. He was insistent that Algeria would be victorious and liberated.

When they lost the war, he responded by citing the “chant des partisans” of the French Resistance: “Another will take my place”.

Unfortunately, General Jacques Massu, was frustrated with the slow progress of the interrogation and so it was arranged that he be transferred to the custody of Major Paul M’hidi.

According to a report to the CCE on March 4 1957, an FN spy who was working in the Algiers police station, Bigeard could stop the handover of Ben M’hidi to men of a special form of paratroopers. They interrogated and killed him.

In the custody of the Aussaresses, Ben M’hidi was tortured. He was then taken to a farm 18 kilometres south of Algiers and hanged. It was made to look like a suicide.

On March 6, the press officer of Robert Lacoste, called Pierre Gorlin had a press conference. He informed the nation that Ben M’hidi had committed suicide. They claimed that he hung himself with strips of his shirt.

Another version claims that he was transferred to the hospital and two officials examined and confirmed him dead. General Jacques Massu insists that Ben M’hidi was still breathing on his way to the hospital after attempting suicide with an electric flex at night.

In the year 2000, General Aussaresses admitted that Ben M’hidi was killed by the state. General Bigeard said he admired the man greatly and regretted his death. He claimed to be sickened by the news that French troops had assassinated him.

Two streets in Algiers were named Rue Larbi Ben M’hidi after the Independence.