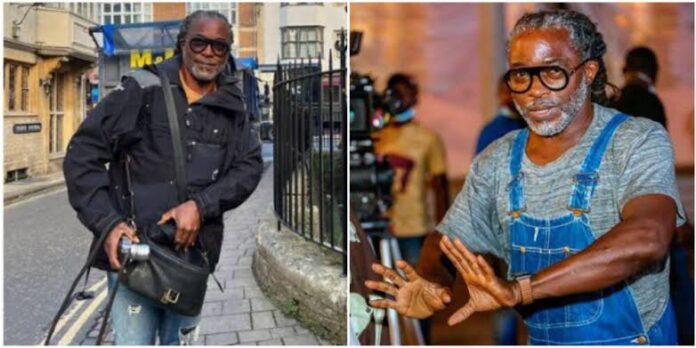 Acclaimed Nigerian writer and filmmaker, Biyi Bandele has died at age 54. The news of his death was announced by his daughter, Temi, via a Facebook post on Monday.

Bandele, 54, was a prolific author, playwright, and filmmaker whose work includes the adaptation of Nigerian author Chimamanda Ngozi Adichie’s Half of a Yellow Sun, starring Chiwetel Ejiofor and Thandie Newton.

His daughter, Temi mentioned; “I am heartbroken to announce the sudden and unexpected death of my father Biyi Bandele on Sunday, August 7th in Lagos.”

Temi described her father as a tremendously talented writer and filmmaker and “a devoted friend and beloved father.

She explained that her father was a “quintessential storyteller with an unyielding perspective, a unique voice, and wisdom that he fearlessly communicated through all of his creations, in poetry, a novel, a drama, and on screen,” she said. She noted how he recounted tales that inspired people all across the world and made a lasting influence. Through his work, he will leave a lasting legacy.

Also, read; Father and Son Sentenced To Life In Prison For The Murder of Ahmaud Arbery

Bandele was born on October 13, 1967, in Kafanchan, Kaduna State. He studied acting at Ife University and won the BBC Playwriting Competition during his studies.

He moved to London and worked at the Royal Court Theatre, where Wole Soyinka built his career. There he met the famous director Danny Boyle, who was just a stagehand at the time. He started writing before he was 12 years old.

In a 2013 interview with THISDAY, Bandele revealed that he was inspired by the WWII stories his father pampers him with.

“When I was a child, I remembered that the war was something that came up a lot in my father’s conversations, who spoke of the war as a big party. But my mother and grandmother reminded him of when he came back from Burma.

“He came back in a straitjacket. You know, he missed it completely. It was something that hurt him for the rest of his life. He still had a bullet or two because it was safer where they were than trying to get them out.

“He had this recurring nightmare where he would wake up in a fit, and we’d have to hold him because it would take him a few minutes to realize he wasn’t at war and nobody was trying to kill him. That was probably one of the things that made me a writer.” said the late filmmaker.

Bandele co-directed the Netflix hit Blood Sisters. The streaming platform paid tribute to him in a Twitter post, calling his death “a monumental loss for Nigeria’s film and creative industries”.