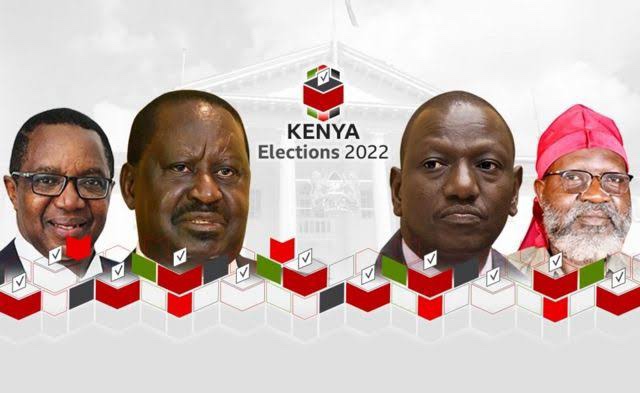 Voting in Kenya’s crucial general election has officially ended as outgoing President Uhuru Kenyatta prepares to hand over power to a new leader.

Two candidates who have remained quite key in the race are Raila Odinga and William Ruto, both of whom are in a race likened to a battle for the Kenyan presidential staff of office.

Voters who vote by the end of the day will be able to continue voting, and the Electoral Commission promised an extension of the deadline for areas where voting started late.

Ballots are first counted at polling stations immediately after voting ends, before being sent to the County Counting Center, which tracks the results of all reporting polling stations.

If no candidate receives more than 50% of the vote, the election will go to a second round for the first time in Kenya’s history.

According to opinion polls, the presidential elections on Tuesday are seen as a duel between Vice President Ruto (55) and the experienced opposition leader Odinga (77).

Odinga is a businessman and politician who served as Kenya’s prime minister for five years following the disputed December 2007 presidential election that sparked widespread protests and violence and claimed the lives of more than 1,000 people.

Odinga is part of Kenya’s political dynasty; his father Jaramogi Oginga Odinga was the first Vice President of independent Kenya.

He earned a master’s degree in mechanical engineering in East Germany in 1970 and, after studying abroad, was once a professor at the University of Nairobi.

This is his fifth and final time taking the survey, he says, after failing four previous attempts.
Odinga won the support of former rival President Kenyatta, who overtook his deputy Ruto for the top post.