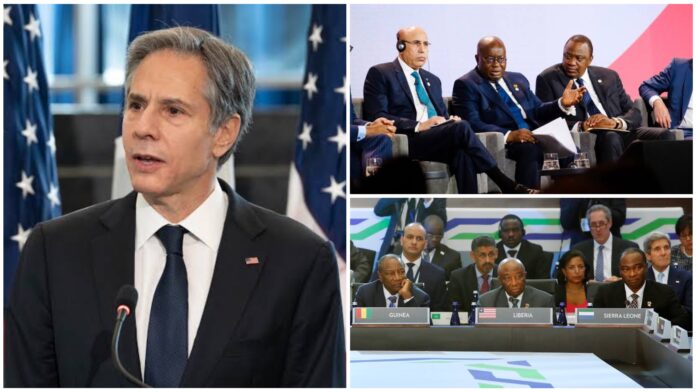 The United States is facing the growing influence of China, Russia, and Middle Eastern nations across Africa, a situation seemingly exacerbated recently by competition for partners in the Ukraine war.

On Monday, Secretary of State Antony J. Blinken unveiled the Biden administration’s key approach to addressing this challenge and other strategic goals in Africa: promoting democratic governance across the continent.

“History shows that strong democracies tend to be more stable and less conflict-prone—and that the poor governance, marginalization, and corruption inherent in weak democracies make them more vulnerable to extremist movements and foreign interference,” he said.

Blinken’s message comes at a very critical time, especially as several nations in the prosperous continent appear to have witnessed a coup in the last three years that pulled it, or at least part of it, back into authoritarian rule.

According to sources, the United States could risk alienating African leaders who favor the authoritarian model or see the Washington government’s push as a projection of imperial power. Some might call this hypocritical, citing the recent erosion of democratic practices in the United States.

Blinken and top diplomats from China and Russia made numerous trips to Africa and Asia in the past year. Russia has a decades-long history of partnering with African nations and organizations, and Russian officials are counting on the many African nations that remained neutral in Moscow’s invasion of Ukraine — or even supported Russia — to maintain their position.

Also, read; Father and Son Sentenced To Life In Prison For The Murder of Ahmaud Arbery

Also, Russia has told African leaders that US-led sanctions against Russia are exacerbating global food shortages that are crippling the continent. On this trip, Blinken has tried to counter the Kremlin’s message.

China, which Blinken says is the biggest challenger to American power, has established a massive presence on the continent, with state-owned companies building infrastructure across the continent, the Chinese military strengthening a base in Djibouti and the Communist Party building a Pan-Africa School of Leadership in Tanzania.

However, there was a backlash among some Africans over the labor and lending practices of Chinese companies.

Blinken insisted at a press conference before his speech that the government’s Africa strategy was not centered on rivalry with China and Russia.

However, a White House document released the same day said efforts to strengthen “open societies” are aimed in part at combating “harmful activities” by China, Russia and “other foreign actors”.