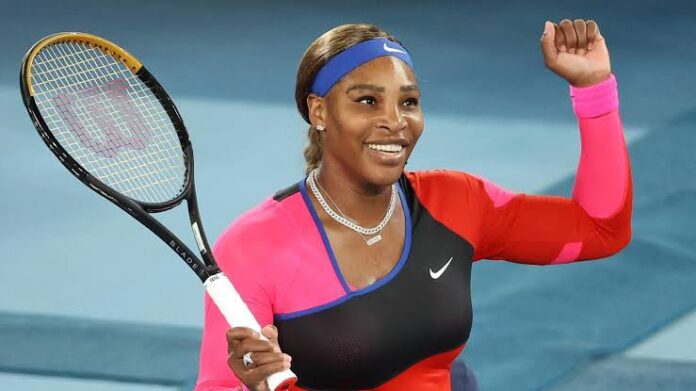 Serena Williams, whose 23 Grand Slam titles in tennis cement her status as one of the greatest professional athletes, hinted in an interview with Vogue magazine that her glorious career will soon come to an end. The decorated athlete claimed that for her, the “countdown has begun.”

Williams’ business interests are among the “things” motivating her retirement as she is expanding the family that she and her husband Alexis Ohanian started in 2017, when their daughter Olympia was born.

Williams claimed that she wished she could choose between tennis and family and while it’s not fair that she can’t, if she were to be a man, she wouldn’t have to.

“If I were a man, I wouldn’t be writing this because I’d be playing and winning while my wife does the physical work to expand our family,” Williams told writer Rob. Haskell for Vogue.

“Maybe I would be more of a Tom Brady if I had the opportunity. Don’t get me wrong: I love being a woman and enjoyed every second of my pregnancy with Olympia.

Although things became really complicated on the other side, Williams explained that she was once one of those uninteresting ladies who adored being pregnant and worked up until the day She had to report to the hospital.

She claimed that she nearly pulled off the unthinkable: “when I won the Australian Open in 2017, many people were unaware that I was two months pregnant. But it’s been a while—I turn 41 this month, in September.”

Williams, who is just behind Margaret Court’s 24 Grand Slam singles titles, was vague in Vogue about the exact timing of her exit.

On Instagram, she hinted that she might be done very soon with the US Open, which she won six times, earlier.

“There comes a time in life when we must choose to go in a different direction. This time, it’s always hard when you love something so much,” she wrote. “Gee, I like tennis.

However, now the countdown has started. I need to focus on being a mother, my spiritual goals, and finally discovering a different Serena, but equally exciting. I will enjoy these next few weeks.”

Although, she admitted to not being a fan of the word “retirement,” as it doesn’t strike her as a progressive word. “I took it as a transition, but I want to be sensitive about how I use that word, which means something very specific and important to a community of people,” she said.

Serena believes her attempts in her chosen path is nothing short of an evolution as she tries to transit from sports to something different.

The award-winning athlete announced that she is putting more significant things in her life ahead of tennis. She claimed that she has quietly started a different venture capital business called Serena Ventures.

Williams was a little more open about her plans on Monday after beating Nuria Parrizas-Diaz 6-3, 6-4 at the National Bank Open, her first win since the 2021 French Open. “I don’t know, I’m getting closer to the light. It’s been for me lately. I can’t wait to reach that light.”

The light represents for her the “freedom” of one of the great sporting careers that began when she and her sister Venus were coached by their father Richard on the courts in Compton, California. So, it’s wonderful, but I can’t do this forever.”

The athlete added that it is important to do one’s best and enjoy the moment as one tries the very best they can. Her departure, she seemed to suggest to Vogue, would be a low-key affair.