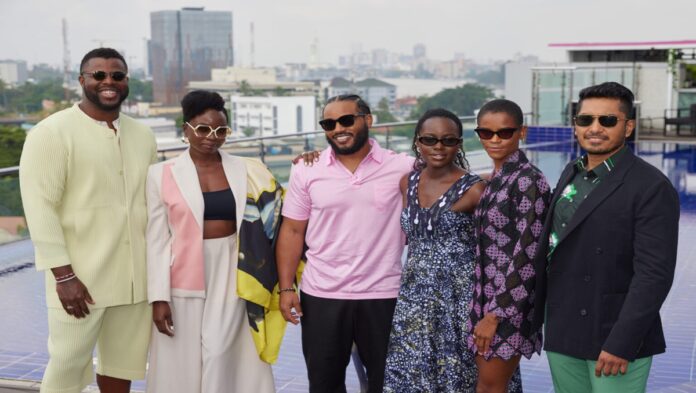 Stars of the newly released Hollywood film Black Panther II are in Lagos, Nigeria for the premiere of the fictional African based film.

The second part of the world-renowned Black Panther film, Black Panther: Wakanda Forever tells the story of Queen Ramonda, Shuri, M’Baku, Okoye and Dora Milaje as they fight to protect their nation from interference by world powers after the death of King T’Challa.

As the Wakandans struggle to embrace their next chapter, the heroes must team up with Nakia and Everett Ross to chart a new path for their beloved kingdom.

Nigerian film distributor FilmOne Entertainment has announced that the premiere will take place in Lagos.

The premiere took place in cooperation with The Walt Disney Company, FilmOne Entertainment and the Africa International Film Festival (AFRIFF).

Shuri (Leetitia Wright) is rumored to be wearing a black panther costume, and Wakanda will face danger from some unexpected foes in the highly-anticipated sequel.

Many popular characters from the first film will appear in the sequel, which should be another blockbuster.

Due to Covid-19 and complaints of minor injuries on set, the production process was delayed for over a year.

After months of rumors of a remake of King T’halla, played by Chadwick Boseman, who died of cancer the year before, production began in August 2020.