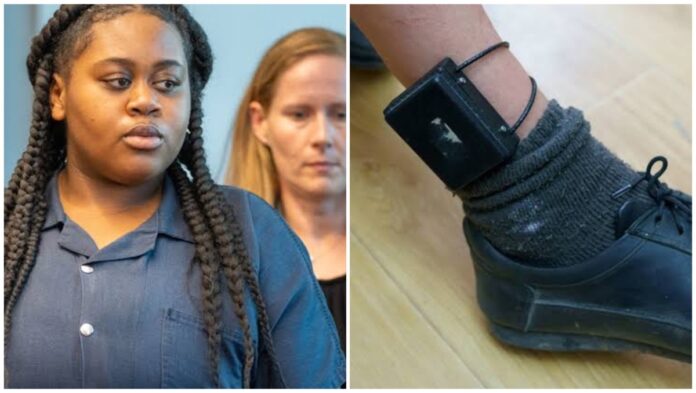 An Iowa sex trafficking victim who killed and escaped her rapist in September fled a women’s center in the early hours of Friday.

Pieper Lewis, 18, pleaded guilty to murder and intentional injury after killing Zachary Brooks, 37, a father of three, in June 2020. She said Brooks sexually assaulted her on multiple occasions.

On September 13, Polk County Judge David M. Porter sentenced Lewis to a suspended sentence and ordered her to serve five years of probation at the Fresh Start Women’s Center in Des Moines.

“Well, Ms. Lewis, that was my second chance. You don’t get a third.” asked Porter Lewis on September 13th.

According to the test’s injury report, someone opened a door at Fresh Start at around 6:19 a.m. on Friday, setting off an alarm and alerting an on-duty housing officer.

The report said the officer saw Lewis leave the building. The report also claims that Lewis’ GPS chip was cut off sometime on Friday.

As of Sunday afternoon, Lewis was not being held at the Polk County Jail and no other reports indicated she had been arrested.

The Polk County Sheriff’s Office and the Des Moines Police Department were notified of Lewis’ escape. The Brooks family was also notified and issued an arrest warrant.

The surveillance report demanded that his late sentence be overturned and the original sentence imposed. Lewis faces up to 20 years in prison.

The report notes that Lewis received subpoenas for not taking a direct bus service home or boarding an unauthorized private flight.

After failing to report to the facility at the scheduled time on October 16, officers found Lewis outside Broadons Medical Center.

She later confesses to a dorm officer that she has been in contact with someone she dated in high school. According to the rape report, officers prevented Lewis from making further contact with the person.