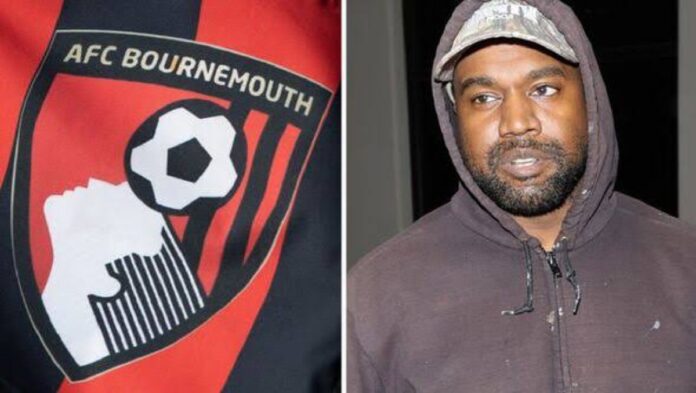 This follows the end of the partnership between the American rapper and sportswear giant Adidas, which also resulted in several international companies ending their ties with the 45-year-old.

Adidas said in its official statement after breaking ties with West that it would not tolerate anti-Semitism.

During an interview on Revolt TV’s “Drink Champs” series, which aired on October 16 and was removed, West repeatedly blamed “Jewish media” and “Jewish Zionists” for various alleged wrongdoings.

He explained that “the Jews possessed the black voice”, adding that “the Jewish community, especially in the music industry, is going to take that away from us and milk us until we die”.

During an interview on October 17, he emphasized his anti-Semitism, criticizing the so-called “Jewish underground media mafia” and claiming that “every celebrity has Jews in their contract”.

He also claimed that his life was threatened by his Jewish managers, his lawyer and his accountant because of his political beliefs.

Also, read; Nigeria’s Tems Credited On Rihanna’s “LIFT ME UP”, A New Single Off The ‘BLACK PANTHER 2’ Soundtrack

In one of the tweets that prompted Twitter to restrict his account, West, who legally changed his name to YÉ, wrote: “I’m a bit sleepy tonight but when I wake up, I’ll go death con 3 on JEWISH PEOPLE. The funny thing is I can’t actually be anti-semitic because black people are Jewish also. You people gave toyed with me and gave tried to blackball whoever opposes your agenda.”

Kanye later clarified that he meant “defcon 3” in the tweet. Defense Readiness Condition (Defcon) – A US military alert system with five levels of readiness, with level one being the highest. Defcon Level 3 refers to an “increase in operational readiness beyond normal readiness”.

Following the American’s outburst on Twitter, according to the Bournemouth Echo, the Cherries claim that the rapper’s music will be scrapped due to concerns over the use of his music.

The song has been used as a Bournemouth exit song for years, however a new one is scheduled to be played at the home game against Tottenham on Saturday.