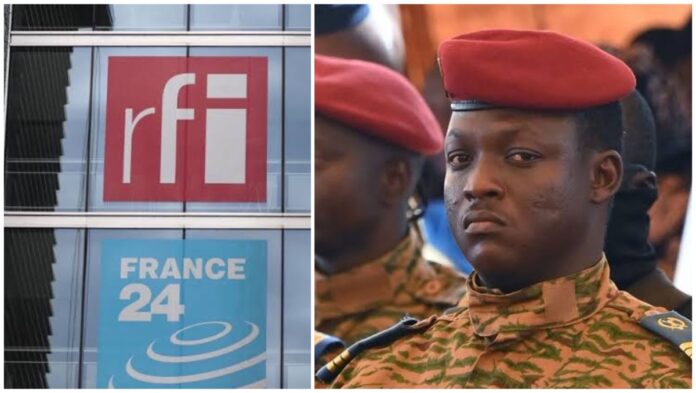 The government said in a statement on Saturday that earlier in the day state radio RFI broadcast a message from the leader of an armed group in which he threatened residents.

The government said RFI also repeated a media report – which it denied – that the President of Burkina Faso, Captain Ibrahim Traoré, who came to power in a coup in September, said there had been an attempted coup that attempted to to overthrow him.

“In view of this, the government has decided to immediately suspend the transmission of all RFI programs throughout the national territory,” read the statement, signed by government spokesman Rimalba Jean-Emmanuel Ouedraogo.

RFI responded by saying they were “protests against totally baseless allegations that questioned their professionalism”.

The government spokesperson added that the decision to suspend the transmission was made without prior notice and without implementing the procedures set out by the communications regulator in Burkina Faso.

RFI Afrique, which has one of the largest presences in francophone Africa, added that it will look at ways to restore its transmission.

Burkina Faso has become the second West African country to suspend RFI broadcasting after neighboring Mali’s military government did so in March.

The decision comes as relations between France and its former colonies Burkina Faso and Mali continue to deteriorate due to France’s apparent incompetence in dealing with armed groups that occupied northern Mali in 2012 and spread to neighboring countries.

Ongoing insecurity led to political instability and military coups in Mali in August 2020 and May 2021 and in Burkina Faso in January 2022 and September 2022.