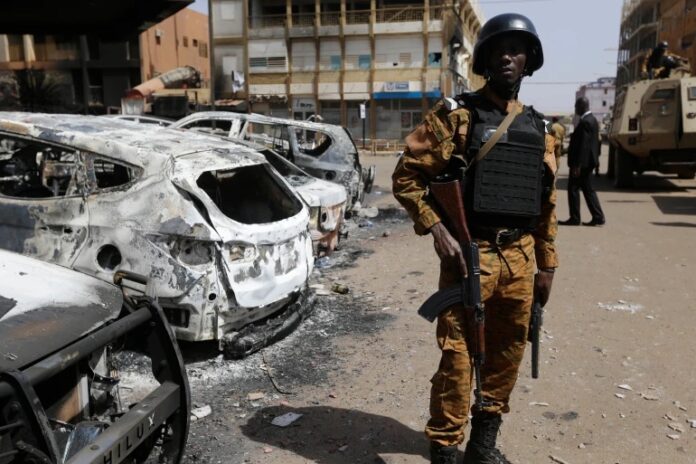 Burkina Faso’s military has ordered the evacuation of civilians from the northern and southeastern parts of the country.

The army cites a need for a quick military operation to begin in the area against rebel fighters and gives a two-week ultimatum for anyone who lives within the stated regions.

The military evacuation was ordered by the country’s army after an unfortunate attack that left dozens dead and many displaced on June 11. Significantly, these regions serve as two of the most densely populated regions in the country, a statistical analysis that has left the evacuation process on the conversational table of political analysts.

While the country’s military had stated its reasons for the evacuation process, it also notes that both regions currently serve as “military interest zones,” and military activity is required to protect them.

Unfortunately, there have been no specifics about the exact date that the military process would come to an end.

However, information on the locations and hotspots for the process has been declared by the West African Country’s army. According to Aljazeera, “One of the military zones is a rural area of approximately 2,000sq kilometers (772sq miles) bordering Mali in the northern province of Soum.”

Also read; Nigerian Girl Gets Hailed For Saving Her Father From Court Sentence In America

The news agency also stated that another military zone that is of interest in the operation covers an area of about 11,000sq km (4247sq miles) on the southern border with Benin and is mostly national park land.”

The army spokesperson for Burkina Faso, Yves Didier Bamouni, mentioned that the military has given civilians in the area, “14 days to evacuate.” The evacuation process is, of course, expected to begin immediately after the process was declared.

Bamouni said at a news briefing that “It is very important to be able to distinguish friends from enemies,” while additional information had been expected from the Army spokesperson, members of the press were stunned at the lack of detailed description of the operation and when it elapses.

A mediator from the Economic Community of West African States (ECOWAS) claimed last week that Burkina Faso’s government only controls 60% of the nation and that the remaining 40% is ungoverned. The mediator noted that the country is experiencing a “security, humanitarian, political, and socioeconomic” crisis.

Although military officials claimed the government would support the displaced, Reuters was unable to ascertain how many people reside in the districts designated for evacuation.
Inquiries were not immediately answered by the government.

Since 2015, Burkina Faso has been engaged in conflict with local rebel groups, some of which have ties to ISIL (ISIS) and al-Qaeda.

More than 1.85 million people have been displaced by the violence in Burkina Faso alone, and many have died as a result throughout the Sahel.

A three-month ban on specific brands of motorbikes and motorized tricycles was also declared by the army on Friday across portions of eight areas.

The rule is designed to make it easier for the army to distinguish between citizens and insurgents, who are known to ride motorcycles and carry out attacks. The planned military operation has not been provided any specifics or a schedule.