“Even If I Retire You Still Can’t Attain My Wealth, Address Me As Sir or Daddy– Wizkid Says To Peers 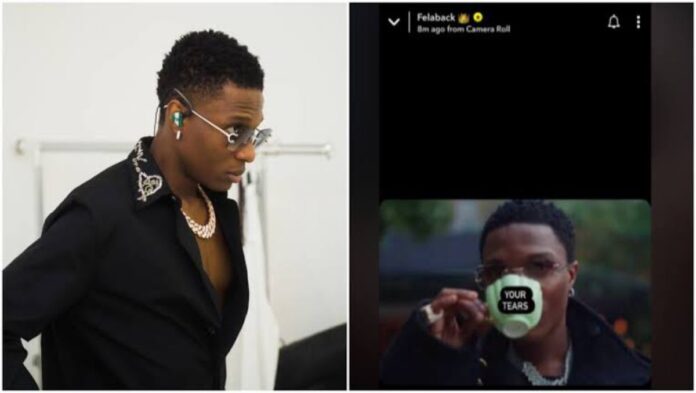 Nigerian star musician Ayo Balogun, aka Wizkid, lashed out at his industry peers, saying no one is as rich as he is.

The singer’s recent comments comes months after Afrobeats star, Burna boy had stated that he is infact the richest in the industry and that “no one” could stand his wealth in the industry.

Wizkid, who has often been referred to as the most mature and credited for his decision to remain silent despite constant insults from his peers and their fans, recently snapped, responding to trolls and referring to himself as their “daddy.”

The singer took to his Snapchat page to take note of his assertion that many of his peers were not financially up to his level.

He boasted that even if he retired immediately, no one would be able to match his fortune, even with the help of their parents.

The artist, who described himself as “everybody’s father,” said he would open a class to teach his peers how to make smart business decisions.

Big Wiz also posted a photo showing him “drinking” his critics’ tears and urged everyone to call him sir or daddy from now on with immediate effect.

Recall that the singer hinted that he would be doing a song on his upcoming album More Love Less Ego with a certain musician that everyone thinks he would never have a song with.

I can stop touching the mic today and y’all lil n*ggas still can’t touch the wealth! Even if u ask ur dad and mom for help • #moreloveLessEgo
#EveryBody’sDaddy

Also soon. I’ll open a class for u n*ggas to come learn how to get all you deserve with less work and smart business choices.

Moving forward! Y’all address me as Sir or daddy before u mention my name ! Ok babies!