Cape Verde to Name its National Football Stadium After Pele 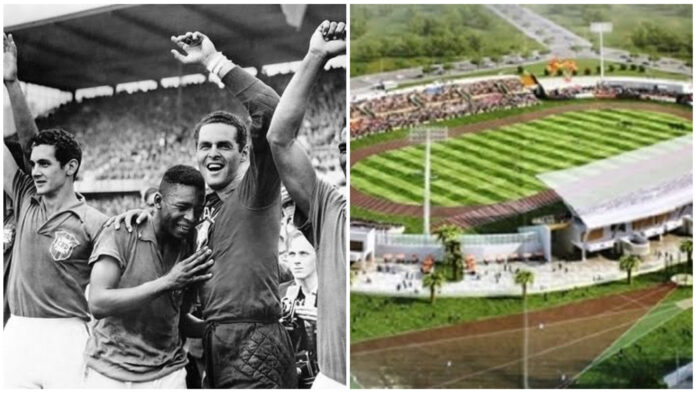 Cape Verde’s prime minister said that the Country’s national stadium will be named after Pelé.

The National Stadium of Cape Verde, with a capacity of 15,000, near the capital Praia, will be Pelé’s stadium.

The news comes after FIFA President Gianna Infantino suggested during a speech at Brazil’s Pelé memorial that all countries should name a stadium after the football legend, who died on December 29 at the age of 82.

“In honor and recognition of this character who makes inspired us all, I express the intention of naming our national stadium ‘Estádio Pelé’, an initiative that I believe many countries in the world will follow.” , said Ulysses Correira e Silva on Facebook.

“With the physical disappearance of Edson Arantes de Nascimento, King Pelé who soon became a universal figure, an icon for the masses, showing that sport has the power to unite the world and now we want to pay homage to him”, said Mr. Silva, adding in a statement emphasizing Pelé’s importance to Portuguese-speaking countries like Cape Verde.

“Cape Verde and Brazil have a history and a culture that go hand in hand because they are two sister countries linked by language and very similar identities.

“Pelé was and will always be a reference in Brazil, in Portuguese-speaking countries and in the world, as he is an idol that connects several generations.”

At a memorial for Pele on Monday in Santos, the city where he played football, Infantino said FIFA would “ask every country in the world to nominate Pele in their football stadiums”.

However, the Football Association of South Africa’s president, Danny Jordan raised concerns that this could lead to potential stadium naming rights issues.