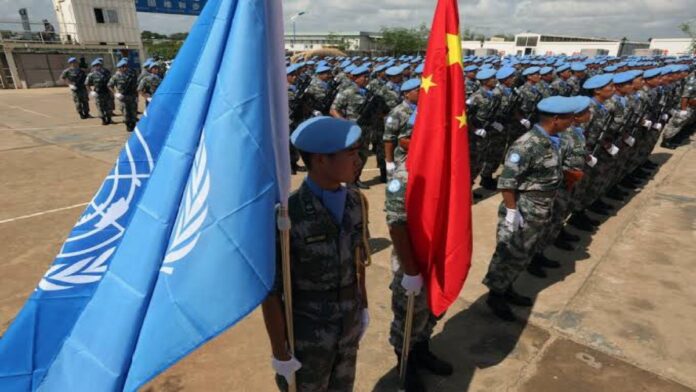 China has reiterated its intentions to provide support for African nations, especially in helping to secure the continent and ensure peace reigns.

While speaking at the Horn of Africa’s first Peace, Governance and Development Conference in Addis Ababa, Ethiopia, China’s special envoy, Xue Bing claimed that his nation is willing to help African nations who belong to the Horn of Africa, get rid of external interference.

Also known as the Somali peninsula, African nations that belong to the Horn of Africa include Nations such as Ethiopia, Somalia, Kenya, Sudan, Yemen, Djibouti, and Eritrea. However, only six representatives were present at the event, which aimed to address the issues of insecurity in the region.

Regional volatility and division are on the rise, according to Xue, and the Cold War mentality and power politics have reappeared, while peace and development meet opposition.

Even though China has been a long-time economic partner in Africa, this looks to be the first time it has participated in African politics. Indeed, a strategic shift for China, a nation that has been making efforts at becoming more grounded in African affairs.

According to Xue, China’s vision of peace and development for the Horn of Africa is based on the region’s realities and historical experience and is aimed at assisting governments in the region in overcoming external interference.

“China will continue to support countries in the region to uphold the vision of common, comprehensive, cooperative and sustainable security,” he said. Xue also added that China aims “To protect regional peace and security, and silence the guns in the Horn of Africa.”

“The nexus between peace and security is too obvious to be elaborated here. Making the region free from the burden of war and conflict, and ensuring peace and security, remain the priority of all parties,” he said.

“The people of the region have suffered enough, and it’s incumbent upon us to resort to a civilized, mature way of addressing our difficulties and differences.” Hussein added.

China emphasized that it has always believed that nations in the Horn of Africa possess the critical commitment to seek strength through unity, as well as the political wisdom to resolve conflicts via negotiation and consultation.