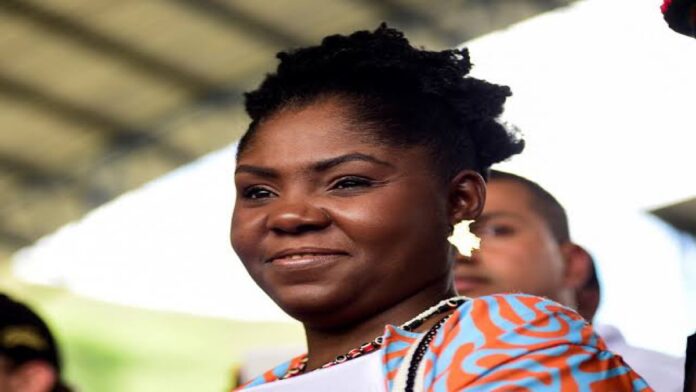 Francia Márquez recently got elected as Columbia’s first black vice president. However, what makes the event so interesting isn’t just her race, but also her background. Marquéz was elected on Sunday in an event that has since been crowned as an achievement for Africans around the world.

According to sources, Francia Marquez is a single mother who worked as a simple cleaner before finding her foot in politics. She became interested in international mining and environmental issues while she worked as a maid.

Soon, she found herself speaking quite courageously about the issues of the Columbian society, especially that of Social inequalities. Her decision to always speak about said issues has made her stand out, with dozens of her supporters referring to her victory as a victory in the attempt at quelling social inequalities in Columbia.

Columbia has had a fascinating history of being governed by conservative elites, which makes the win of a black person such a significant development, especially since such a character is a woman.

The conclusion to the Columbian election was made public on Sunday, with news of the nation’s first-ever leftist president, Gustavo Petro, a former guerrilla accompanied by a Black female Vice president, Francia Márquez.

According to local media, the two managed to defeat a real estate millionaire in a victory that has since made international headlines.

Columbia has been known to actively deny the existence of racism, especially against black people and those who made their way from Africa. This has been the point of direction for the newly installed government, whose campaign promises to start first by acknowledging the systematic racism in the country and begin the process of eradicating it.

Francia Márquez was seen in her brightly printed fabrics, perhaps in her attempt to appreciate and display her African heritage. Of course, her journey from being a single mother who worked as a maid to becoming the country’s Vice President has been spoken of by dozens of media outlets who congratulated her.

Born in 1981 in a small village in the southwestern Cauca region of Colombia, Marquez was never interested in a political journey. The newly elected Vice President lived alone with her mother and became a mother herself at the age of 16.

With the burden of financial responsibility, Marquez had to take up odd jobs, including becoming a maid to care for her child.

Marquez’s environmental advocacy began when she was 15 years old, in 1996. Marquez learned that a multinational corporation was planning to build a dam on the region’s main river, the Ovejas, which would have a significant influence on her town.

For years, the Afro-Colombian community has lived on the river’s banks, relying on agriculture and artisanal mining as their primary sources of income.