200 People Killed By Rebels in Ethiopia, According to Officials 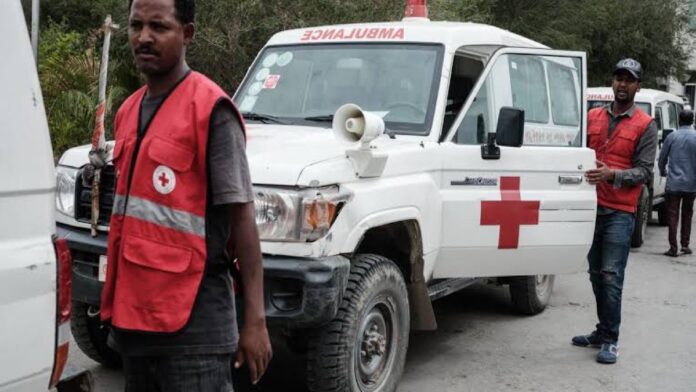 According to officials, at least 200 people have been killed in an attack by a rebel group, the Oromo Liberation Army (OLA), on Saturday.

The report claims that the victims are from the Amhara ethnic group in the country and were simply caught between government forces and the rebel group.

Officials have stated that the deaths occurred during an attack on the Ethiopian town of Gimbi, which has since left “scores of people injured, villages destroyed, and entire communities traumatized.”

Recall that the rebel group, OLA, aligned itself with the Tigrayan rebel forces against Ethiopia’s federal government. The alignment has since caused Ethiopia beyond what had earlier been predicted by analysts, especially as it has now involved the deaths of dozens of innocent citizens.

The Ethiopian government has branded the rebel group as a terrorist organization, and it is routinely accused of attacking civilians and ethnic Amharas.

This is one of the country’s biggest tragedies since war erupted in Ethiopia’s northern Tigray area in 2020, when Abiy’s administration and its Amhara region allies attempted to quell a rebellion by the Tigray People’s Liberation Front (TPLF).

Before Abiy’s ascension to power in 2018, the TPLF ruled Ethiopia’s government. However, human rights organizations, now claims that both sides have committed atrocities in the subsequent civil war, which threatens to break the ethnically complex country.

While OLA is being planned for the deaths of said 200 civilians, there is no evidence that the TPLF was engaged in the attack on Saturday.

Also, worth noting was the attack in Tole, a community within Gimbi, on Saturday. According to a local police officer involved in the response operation, the bulk of the casualties belonged to the Amhara ethnic group.

According to CNN, “Survivors and escapees told the police officer that the attack started when members of the OLA attempted to cross through the village, but was denied passage by residents and some armed civilians.”