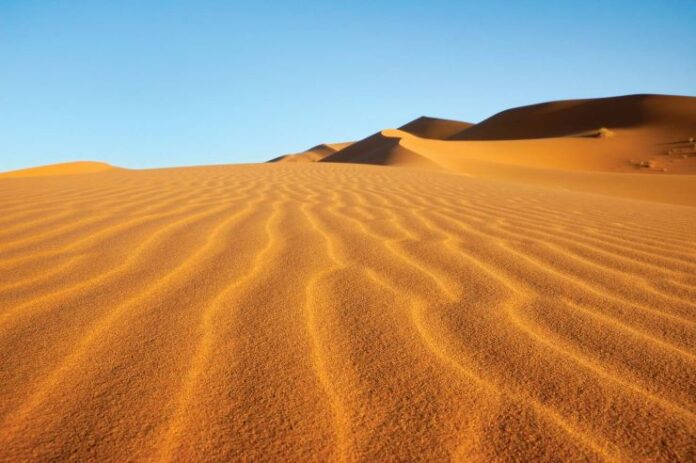 When it comes to the hottest countries in Africa, there are many countries that could be contenders.

Africa has many diverse climates since it is located across the equator and subtropical latitudes in both the northern and southern hemispheres.

Many African countries have hot climates, but some are significantly hotter than others.

The equatorial climate, wet and dry tropical climates, the tropical monsoon climate, the semi-arid climate (semi-desert and semi-steppe), the desert climate (hyper-arid and arid), and the subtropical mountainous climate are some of the climates found in Africa.

Except at very high altitudes and near the edges, a moderate climate is uncommon across the continent.

The amount of rainfall in Africa varies more than the temperature, which is generally high. Due to the presence of subtropical ridges, Africa’s deserts are the sunniest and driest areas of the continent.

Africa is also known to have various heat-related peaks, including the largest region, the hottest summer climate, the longest time of sunshine, and more.

This makes the continent vulnerable to climate change due to a number of variables including a lack of adaptation, a high reliance on the ecosystem, and underdeveloped agricultural systems.

Mali is a desert country in West Africa located around Africa’s savanna and Sahel areas.

The terrain in Mali is primarily flat and dry and the country has a population of about 20 million people.

Timbuktu, a popular city in Mali, is regarded as the hottest place in the country. In Timbuktu, the summers are hot; the winters are short, comfortable, and windy; and it is a dry and partly cloudy year round.

Based on the beach/pool score, the best times of year to visit Timbuktu for hot-weather activities are from early February to early April and from late October to early December.

Although Timbuktu is the warmest city, it was originally thought to have the largest collection of treasures.

Mali sees an average of 28.25-degree Celsius yearly and is recognized as the hottest country in the world.

Botswana has a hot and dry climate. The summer rains are scarce and irregular, occurring mainly in October.

For the majority of the year, Botswana ranks second among Africa’s hottest countries. Botswana’s climate is described as semi-arid.

Summer days in the country are scorching, especially in the weeks leading up to the arrival of the cooling vanes.

It should be noted that from November to March, the temperature in that area is extremely hot due to the abundance of sunshine.

Sudan is known as the “savannah plains” because it is a wide region of open land in Africa that lies between the desert and the rainforest’s southern borders.

There is a lot of high desert soil there, and the temperature is around 50 degrees Celsius on average with little rain. As a result, this country is renowned as one of the warmest in North Africa.

The biggest issue is desertification, which is being driven by rising temperatures. Sudan has been afflicted by famine, making it difficult to obtain food, as well as a lack of rain, making it one of Africa’s poorest countries.

The country is also known as one of the hottest countries in Africa because of its high desert climate.

The average yearly temperature in Dallol, Ethiopia is the highest in the world.

There has never been a breakdown heat anywhere in Dallol, according to records. The settlement of Dallol has become a ghost town as a result of the extreme heat it generates.

The annual average high temperature is 105 ˚F, but in June the temperatures can rise up to a fiery 116 ˚F.

The area was once known as a mining hamlet in the 1960s. Because the area is volcanically active, the heat emanates from a different direction.

Dallol’s harsh environment has also made it one of the world’s most isolated places. There are no roads, and camels are the only mode of transportation.

Chad is a non-coastal country that is in north-central Africa. It is surrounded by mountains on three sides: to the east, north, and south.

The country is a shallow basin that rises slowly from the area of Lake Chad in the west, and it is surrounded by mountains on three sides.

Due to Chad’s hot climate, the country is becoming more and more deserted. From April to October, when the sun is at its strongest, temperatures in the desert in the north of the country can reach more than 40 degrees Celsius.

This is why it makes the list as one of the hottest countries in Africa.

Although the temperature of 136.4 degrees Fahrenheit is the hottest record set in modern Libya, you will be surprised to know that people still live there regardless.

Al Aziza, a city in Libya, made history after it was recorded by a weather station as the highest temperature ever measured directly on earth.

However, Ghadames is now rated as another hot city in Libya. Ghadames is a small town in Libya built on sand dunes and surrounded by black rocks, a place where few trees grow due to hot weather.

The local people have learned to build their houses out of mud bricks and use palm leaves as a roofing material so that they can stay cool in summer.

Also read: Cameroonian who moved back to Africa from Europe to start up a Fintech, now worth millions

Mogadishu, the capital is situated on the Indian Ocean, north of the equator.

Somalia is a country that doesn’t get much rain throughout the year, and the country has long been plagued by drought and famine.

Due to the fact that there aren’t enough water sources, Somalians have to work extra hard to grow their food.

The temperature is around 50 degrees Fahrenheit on average making it one of the hottest countries in Africa.

The Niger desert in this African country is scorching hot and dry, and the record shows that at least eight migrants died of thirst while attempting to reach Algeria.

On June 22, 2010, Niger had the hottest day in history when the temperature in Bilma reached 47.1 degrees Fahrenheit.

In Bilma, the sun shines all year round, although, in summer, some cloud banks can sometimes reach the area.

Algeria is a vast country in northern Africa with the majority of its population practicing Islam.

Algeria exists south deep into the heart of the Sahara Desert, where the earth’s highest surface temperatures have been observed and recorded, and which makes up four-fifths of the country’s land, from the Mediterranean Sea, where the majority of its residents live.

The country is dominated by the Sahara with a hot climate. Algeria has a total area of 919,600 square kilometers, the majority of which is made up of deserts.

However, you can still find deserts with snowy mountains in some sections of the country.

With an average temperature of fifty (50) and fifty-three (53) degrees Celsius and the warmest temperature recorded in the Sola region, Algeria definitely makes the list of the top hottest countries in Africa.

The good thing is that Algeria has been graced with showers, despite being one of the hottest countries in Africa.

Tunisia is a beautiful country in North Africa, which includes the coastline of the Mediterranean.

The country is known popularly for its cuisine and hospitality, which has attracted tourists throughout Europe and America.

It is one of the hottest countries in Africa, as well as one of the world’s hottest places.

Kabilli is one of the places within Tunisia known for its beaches and is a popular resort spot during the summer months when temperatures can reach up to 131 degrees Fahrenheit.

Also read: 6 Ways to Make Money As a Remote Software Developer in Africa

The continent of Africa has a wide range of climates, from tropical to uninhabitable desert areas. Each region has its own weather patterns, temperatures, and rainfall which makes this continent so unique.

In case you were wondering what the hottest countries in Africa were, we hope you found this article helpful.