Chinese Man Accused of Racist Comments About Africans, Extradited From Zambia To Malawi 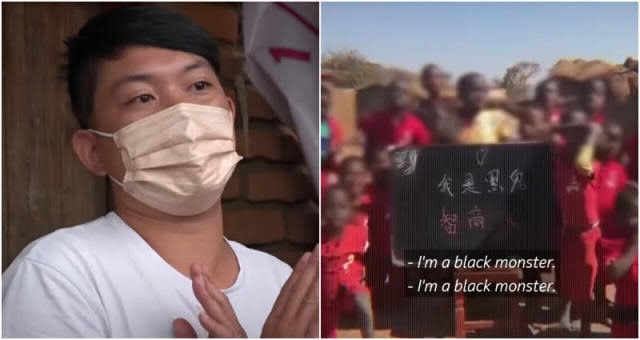 Zambian authorities extradited a Chinese national who fled Malawi last month on charges of selling videos of child exploitation from Malawi to China.

The Chinese businessman is accused of convincing African children to say racial slurs about themselves in Mandarin, after which he filmed them and proceeded to sell the videos.

Malawi police told News agents on Sunday that their counterparts in Zambia handed over Lu Ke to them on Saturday night in the Mchinji district, which borders Zambia.

“He is in police custody. He was handed over by our friends in Zambia. So far, he has been charged with human trafficking, but more charges could be added,” said Harry Namwaza, deputy spokesman for the Malawi Police Service.

The accused fled Malawi last month, where police were looking for him, after an investigation by the British Broadcasting Corporation (BBC) revealed he took in young villagers in central Malawi and made them say racist things about themselves in Mandarin.

In one video, children, some as young as nine, are heard saying in Mandarin that they are a “black monster” and have a “low IQ”.

The BBC reported that he sold the videos to a Chinese site for as much as $70 each. The children featured in the videos received about half a dollar each.

The news sparked outrage in Malawi, forcing several human rights organizations to stage street protests and file a petition with the Chinese embassy in the capital, Lilongwe.

In the petition, protesters asked the Chinese government to compensate children in the videos for inducing them to say words in a foreign language they could not understand.

Also, read; 20-year-old Woman Sentenced to Death by Stoning For Adultery In Sudan

Comfort Mankhwazi is the chairman of the Children’s Legal Clinic at the University of Malawi, which led the protests. She told VOA on Sunday that she was happy with the delivery.

“Because we feel that this is one of the things that we had in our petition that we wanted, and we got. We really hope that this extradition and arrest will lead to something big like a lawsuit in our courts and that these victims will finally get the justice they deserve,” she said.

As of Sunday, there were no official comments from Chinese authorities on Lu Ke’s extradition.
However, police spokesman Namwaza said Lu Ke is expected to appear in court soon.