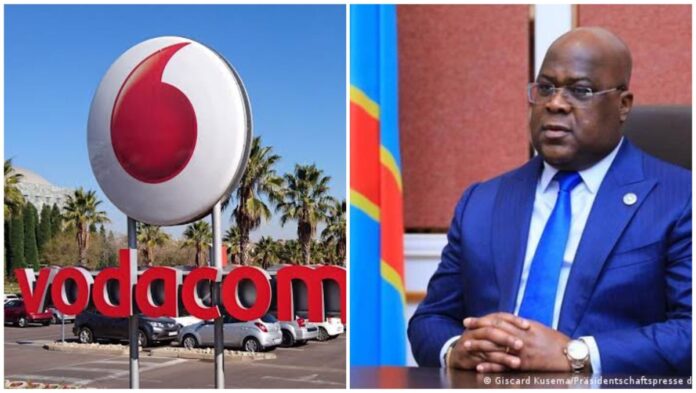 Vodacom has said in a statement that the DR Congo authorities closed offices and confiscated the accounts of its local subsidiary (VODJ.J) over a tax dispute.

“On December 6 and 7, 2022, officials from the Directorate-General for Taxes appeared in our technical, commercial and administrative offices and began installing the seals,” Vodacom said in a December 8 statement.

The statement said the dispute is related to a tax audit of the 2016-2019 period by the Directorate General of Investments, which resulted in a $243 million adjustment in July 2021. The amount was later reduced.

Vodacom opposed the decision and appealed to judicial authorities last month, he said, but the Directorate-General for Civil Rights had launched procedures to forcefully recover the amount.

Congo is constantly at odds with all phone operators over their efforts to raise more taxes without allowing the companies to overcharge consumers.

The government passed a new tax law in March taxing all phone calls, text messages, and megabytes of data.

The new tax law replaced a tax law that had been withdrawn a month earlier after it sparked public outcry and a parliamentary inquiry into the tax revenue.

Vodacom said it has taken steps to ensure the continuity of its services and is resorting to all legal remedies.