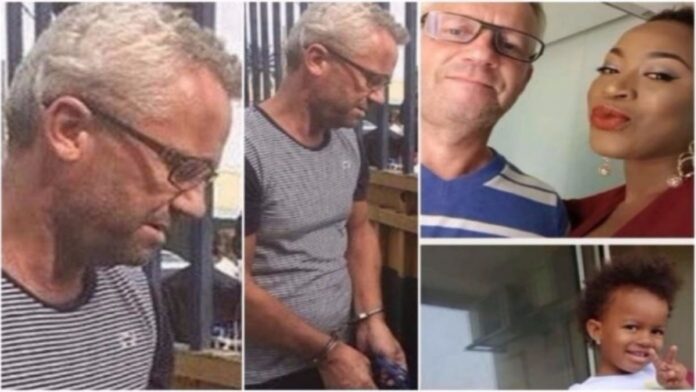 Peter Nielsen, a Danish man who had earlier been accused of killing his Nigerian wife, Zainab Alizee, and their 3-year-old daughter, has received a death sentence by hanging for his crime.

According to PUNCHNG.COM, Nielsen was accused of smothering his wife and their 3-year-old to death at their Banana Island residence, Ikoyi, Lagos. After a lengthy court case, a judgment was rendered at a Lagos high court on Friday, May 20, where Nielsen was sentenced to death by hanging.

The court was presided over by Justice Boland Okikiolu-Ighile, who convicted the 54-year-old on two counts of murder brought against him by the Lagos State Government.

Recall that Peter Nielsen was arraigned by the Lagos State government on June 13, 2018, after which he pleaded not guilty to a two-count charge of murder, punishable under Section 223 of the Criminal Laws of Lagos, 2015.

Also worth noting is the punishment attached to this crime as embedded in the Criminal Laws of Lagos, 2015, which prescribes the death penalty if convicted.