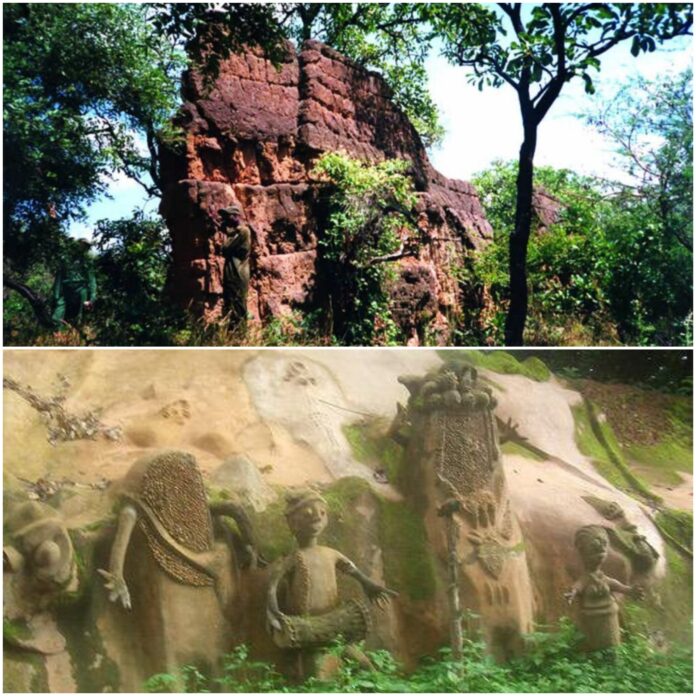 A team of Nigerian and British archaeologists and conservationists have managed to map the structure of a lost 9th-century Yoruba architectural marvel called “Sungbo’s Eredo” in Nigeria.

The structure is known as the “Eredo of Sungbo in Ijebu-Ode”, an impressive artisanal system of defensive walls dating back to the year 1000 and just an hour’s drive from Lagos, the economic capital of West Africa.

The work of a previous archaeologist piqued the curiosity of Patrick Darling, an archaeologist at the University of Bournemouth in the UK, who has since made it an important adventure to map out the area and gather facts about its history.

Archaeological finds have shown over time that West Africa had a long-lived civilization even before the advent of settlers. These facts refute the notion that the development and civilization of West African societies came from the outside world.

One of the biggest problems with most African civilization and history is poor documentation; most were simply passed on by word of mouth.

Radiocarbon dating has provided archaeological records of civilizations before the arrival of Europeans in West Africa.

So far, Nigeria has been noted to have more urban walls than the rest of West Africa, walls as the ancient Walls of Kano, the Eredo Walls of Sungbo, and the Walls of Benin; Most of these walls were built manually without modern construction machines and show the sophistication of early African societies.

The Ijebu word “Eredo” means bench or wall, according to the oral tradition of the Oke-Eri Indigents. They claim that the Sungbo’s Eredo is a system of rammed earth walls or embankments about 160 m long that was built to encircle the entire Ijebu Kingdom in southwest Nigeria during the frequent intertribal wars in the Yoruba Kingdom.

The ruins that remain, mostly ditch-shaped mounds of earth cutting through dense rainforest, serve as stark reminders of an existing organized kingdom.

Although there is still no clear history of how these walls were built, oral traditions say that the work was supervised by old men, young men digging the ditch with wooden shovels to fill the basket; The women carried the full baskets upstairs and emptied them to form benches inside the ditch; while the children brought the baskets.

On average, the embankment is about 3-6 meters high. Recently, many Nigerian and British archaeologists have successfully mapped and studied the walls.

Most studies show that around the 10th and 14th A well-organized kingdom existed in the 13th century, ruins remain in four places; when approaching Ijebu Ode, 8 km from Epe in the village of Eredo (best preserved section of the wall), also 3 km from Shagamu to the west, 3 km to the east of Ife on the Ijebu-Erimo road and 2 km to the north from Oru, the Ibadan street.

A popular myth has it that the walls, named after a wealthy childless widow – Bilikisu Sungbo – were built as a memorial honoring herself using her slaves. But this proclamation is controversial, as the walls of Sungbo Eredo stretch for about 10 km and contain about 3.5 million cubic meters of displaced earth. Such a structure would require not only slaves, but also a conscious collective effort.

Some historians have also linked Bilikisu Sungbo, the biblical and Islamic queen Sheba (also Makeba, which means Bilikisu in Arabic) to the same person, believing that she left Eredo for Ethiopia and then Jerusalem to meet King Solomon, to test him with questions. Difficult and the greatest number of spices ever brought to Jerusalem. King Solomon was impressed, and she became one of his wives.

However, this myth cannot be dismissed or ignored, as she was described in the holy books as a dark-skinned woman.

About 10 km from the fort found in the village of Eredo is the tomb of Queen Sungbo Bilikisu, which is now a place of pilgrimage for some religious devotees (Muslims and Christians) and natives. Women and dogs are forbidden to enter the tomb.