Dutch Government to Apologize For Slavery, Set up Awareness Fund 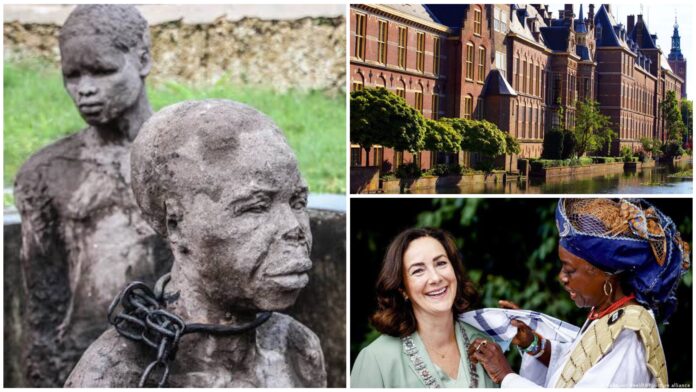 The Dutch government plans to apologize for its role in the slave trade and set up a fund for projects aimed at raising awareness of the legacy of slavery, international news agency Bloomberg reported.

According to Bloomberg, the fund, which can be worth up to €200 million, will be released by the end of this year or early 2023 after an official apology.

Although Prime Minister Mark Rutte’s office had declined to make comments at this time, it was revealed that Rutte is currently on a brief official visit to Suriname, the former Dutch colony, and said in a speech to parliament on Tuesday that “the time has come for recognition”.

In 2023 it will be 150 years since Dutch legislation abolishing slavery was actually enacted. This, according to the Prime Minister, “means recognition of the appalling suffering inflicted on the enslaved. “Acknowledging the struggle and resistance that was there… And of course, acknowledging the social implications of the days of slavery today,” Rutte said.

Despite pressure from two of the coalition parties, Rutte has always refused to apologize for the Dutch role in slavery as it would not be appropriate.

In June, however, broadcaster NOS said the government would issue a formal apology, soon.

The Dutch central bank, bank ABN Amro and the cities of Rotterdam, Utrecht and Amsterdam have all apologized for their roles in slavery.

On July 1, 1863, slavery was finally abolished in the former colonies of Suriname and the Netherlands Antilles. Interestingly, Slaves in Suriname were not fully emancipated until 1873 as the law imposed a 10-year transition period.

The owners also received compensation of 300 guilders for each enslaved person released. At its peak in the 1770s, according to social historians, slavery generated over 10% of the gross domestic product of Holland, the wealthiest of the seven Dutch provinces that made up the republic.

Revenues from the tobacco trade, sugar processing, and shipbuilding were boosted by using slave labor to grow crops on plantations, according to researchers at the International Institute for Social History.

Other professions such as notaries and bankers also benefited from slavery. Overall, slavery generated about 5.2% of the Netherlands’ GDP – just slightly less than the proportion generated by the port of Rotterdam today.