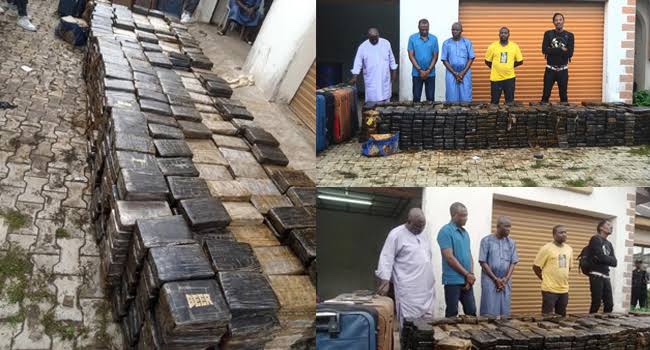 A historic drug bust in a remote area in Lagos, Nigeria, has left many Nigerians with confidence in the NDLEA, an anti-drug agency that has since carried out several such operations in the last few months.

Officials from the National Drug Enforcement Agency, NDLEA, found their way into the warehouse on a remote property in the Ikorodu area of Lagos, where 1.8 tonnes (1,855 kg) of cocaine was being stored.

Four dealers, including a Jamaican man and the warehouse manager, were arrested.

They are all members of an international drug syndicate that the NDLEA has been following since 2018.

Babafemi confirmed that the warehouse was raided on Sunday 18 September 2022, while the barons were detained in hotels and their hideouts in different parts of Lagos between Sunday night and Monday 19 September.

He said: “The preliminary investigation revealed that Class A drugs were being stored in the housing project, from where the cartel tried to sell them to buyers in Europe, Asia and other parts of the world. “They were stored in 10 bags and 13 barrels.”