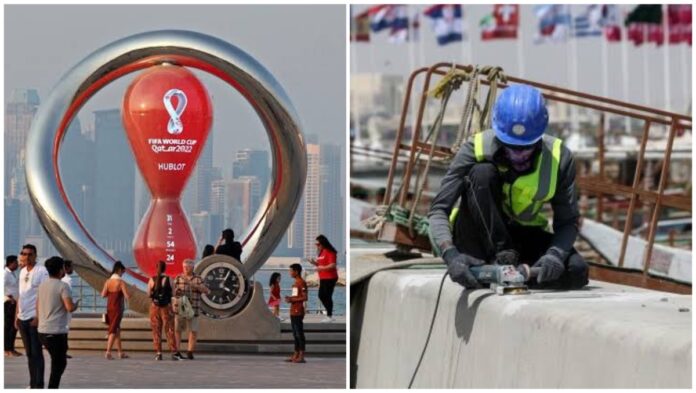 Workers from Kenya, Uganda and Ethiopia have suffered the worst labor rights abuses in Qatar, a human rights lobby group says, increasing pressure on the 2022 World Cup host country, which has been criticized for violations.

Today (Saturday), as Doha prepares for the opening ceremony, the Business and Human Rights Resource Center issued a statement citing data showing that African workers in Qatar suffered no fewer than 63 cases between January 2016 and November 2022 exposed to labor law violations.

“Particularly at risk are security forces, who are affected in half of the recorded cases, reflecting the prevailing trend in recent years to recruit workers in this sector, particularly from East Africa,” the statement said.

Migration from Africa to the Gulf and Middle East countries has steadily increased in recent years, particularly in labor-intensive sectors such as security, transport, retail and hospitality.

According to the Bahrain Center for Human Rights, before arriving in Qatar, many workers paid exorbitant fees to recruitment agencies in their home countries, often borrowing and going into debt to find work.

The statement comes just a week after the fourth seminar on business and human rights in Kampala last week denounced the country’s lack of fairness.

“As lawyers, we take on these cases, but the cure never comes,” said Elizabeth Kimigisha, attorney and chief of advocacy for FIDA, Uganda, a women’s rights rights organization.

In Qatar, for example, of the 63 cases of abuse involving African workers, 34 were affected by security sector workers, where they will play a key role in keeping fans, teams and visitors safe in stadiums, hotels and on the streets of Doha the tournament ends this month he is coming.

Other workers reported violations of their working conditions in four out of five cases, including paying hiring fees in about a third of the cases and wage theft in seven out of 10 cases.

Isobel Archer, director of the golf program at the Bahrain Center for Human Rights, says these numbers are an underestimate of the actual number of victims.

“We know these numbers are likely to be underestimated – there are many more cases yet to be discovered,” she says, adding that this should not be a legacy of a sporting championship that aims to unite the world.