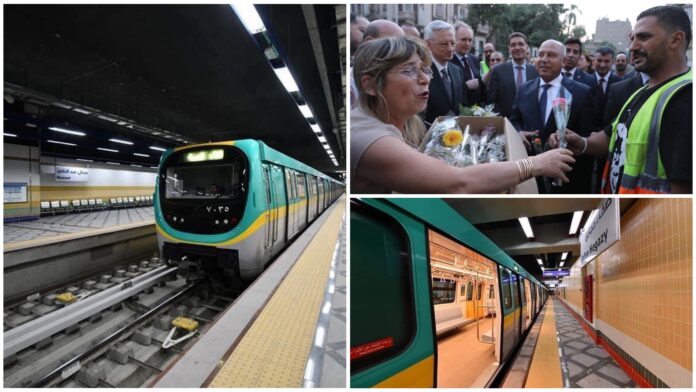 The ceremony was attended by the President of the National Tunnel Authority (NAT), Sherif Leil, Ambassador of France to Egypt, Marc Baréty, Ramy Salah, Managing Director of Alstom in Egypt, and other representatives of Alstom in Egypt.

In November 2015, NAT awarded Alstom a contract for system and subsystem design, fabrication, installation, test/commissioning, training, maintenance for signaling, driving modes, centralized control and telecommunications systems for Phase 3 of Line 3 of the Metro in Cairo.

Also, read; Ghana to Leverage Its Discovery of Lithium In Manufacturing Locally Made Solar Batteries

On the same day, NAT, as a member of the G3 Power Supply Consortium, awarded Alstom an order for the design, supply, installation, testing, commissioning, training and maintenance of propulsion systems and depot equipment.

As part of the contract, Alstom supplied its Ubalis signaling technology to Cairo Metro Line 3 Phase 3A, served by four stations from Attaba to Kit Kat.

More than 30,000 passengers per hour in each direction are expected to use the section of the route.

Recall that earlier in the year, President Abdel Fattah Al-Sisi inaugurated Adly Mansour Central Station – the largest interchange station in the Middle East – and the LRT electric train along with Al-Salam, the 10th of Ramadan, and the New Administrative Capital (NAC) started.

During the event, Al-Sisi inspected and boarded the tram and heard a detailed explanation of the train’s operating mechanism from Transport Minister Kamel El-Wazir, who emphasized that the train’s maximum capacity should be around 1 million passengers. per day.

He added that the electric train is fully secure and that the ministry aims to inject £1.7 trillion in investment across all its sectors by 2024.