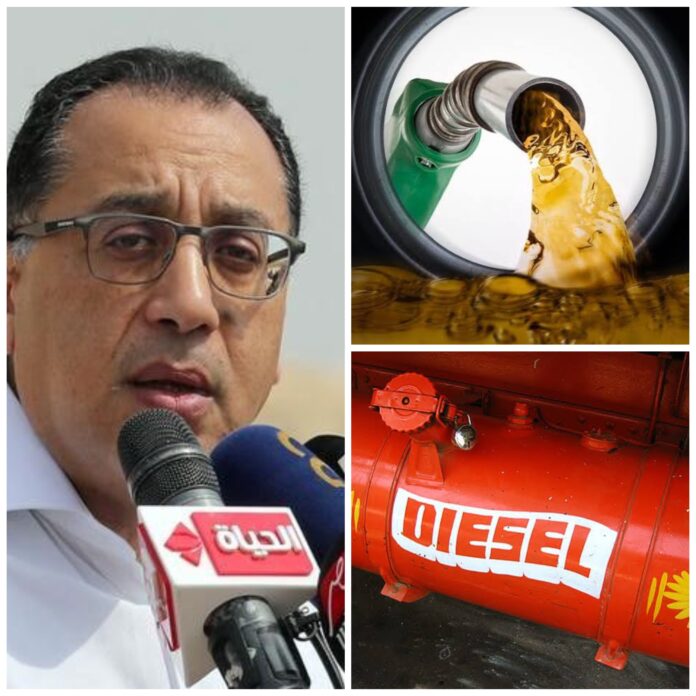 The Egyptian government has revealed that it subsidizes diesel by about 55 billion Egyptian pounds ($2.92 billion) a year, even as the price of fuel rose for the first time in three years.

Although the Egyptian government seeks to continue to ease the burden of high prices of diesel for its citizens, it is faced with a recent hike in diesel prices caused by international fluctuations in the oil market.

In response to the increasing prices, Egypt hiked the price of diesel by £0.50 to £7.25 a liter on Wednesday, following a quarterly review.

Since 2019, fuel prices have been set through quarterly reviews that consider global markets and the exchange rate, after Egypt ended subsidies on most fuel products under reforms agreed with the International Monetary Fund.

Egypt has come under renewed financial pressure as global commodity price increases, including wheat and oil, accelerated following the Russian invasion of Ukraine in late February.

The government has shouldered much of the additional cost while seeking economic support from Gulf allies and the IMF. Inflation has risen, although the annual headline rate fell slightly to 13.2% in June.

Diesel is widely used in mass transportation and agriculture. Prime Minister Mostafa Madbouly was coordinating with regional governors to ensure transport companies do not raise their prices disproportionately, a cabinet statement said.

Egypt, an oil and gas producer, is a net importer of oil products, importing about 100 million barrels a year, Madbouly said.

Moreover, fuel prices are much higher in dozens of countries where for each person income is lower than Egypt, he added.

Although Egypt produces part of its petroleum product needs, it imports 100 million barrels a year from abroad, the prime minister added.

Egypt has been working to end fuel subsidies as part of its International Monetary Fund (IMF)-backed economic reform program.

In 2019, the Egyptian government created the Fuel Automatic Pricing Committee, tasked with setting fuel prices according to global prices and reviewing prices every three months.

Madbouly said the state managed to scrap fuel subsidies by early 2021, before oil barrel prices surged due to consecutive global developments, including the coronavirus pandemic and the Russia-Ukraine war.