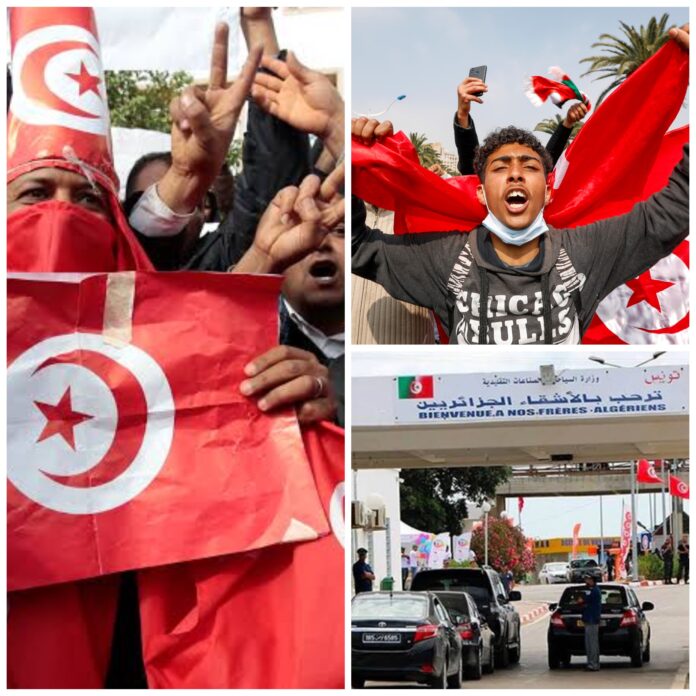 Citizens of Tunisia and Algeria can now cross into both nations using the conventional land border as both nations have now opened their shared land borders after nearly two years of closure.

The decision to reopen the land borders was announced by Algerian President Abdelmajid Tebboune to his Tunisian counterpart Kais Saied on July 5, during Algiers Independence Day celebrations.

Several cars and posters celebrating Tunisian-Algerian friendship marked the reopening of the land borders between the two countries on Friday, more than two years after they were closed due to the Covid-19 pandemic.

Authorities expect more than a million Algerian visitors, most of them tourists, to travel to Tunisia during the summer months.

The Melloula border post near Tabarka, traditionally receives the most traffic, according to Tunisian national guard Jamel Zrig.

“Long live the Algerian-Tunisian brotherhood,” read a large banner on the border.

Visitors showed vaccination certificates and other Covid-related documents to customs officials at a building that read: “Welcome to our Algerian brothers in their second country, Tunisia.”

Nearly three million Algerians traveled to Tunisia in 2019, representing a third of foreign visitors in one year, indicating a recovery in Tunisia’s tourism sector.

Relations between the two North African countries have historically been intense since Algeria’s independence from French colonial rule in 1962.

After the outbreak of the Covid pandemic, the border crossings between the two countries were closed on March 17, 2020 and remained open for emergencies only.