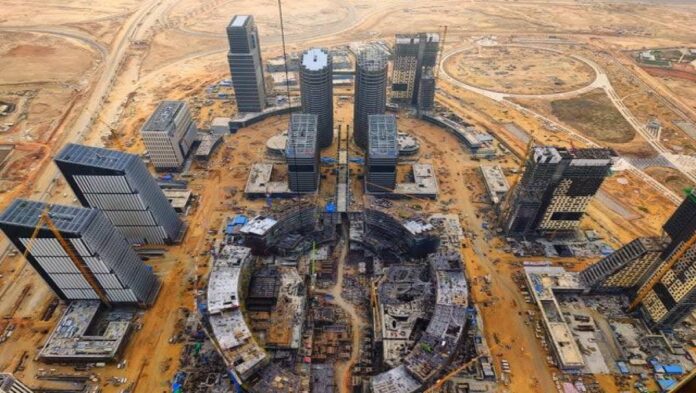 President Abdel Fattah El-Sisi inaugurated the first phase of the New City of Mansoura, an urban project built by his administration along a 15-kilometer stretch of the north coast of the Mediterranean Sea.

Announced in 2017 as part of a national strategy to build urban centers in Egypt’s rural provinces, the city aims to revitalize the economy of the Nile Delta, particularly by promoting tourism and providing access to education and quality employment opportunities for the region’s population aimed to reach 20.6. million.

Building new cities was a cornerstone of el-Sissi’s multi-billion dollar campaign to overhaul the country’s infrastructure and create affordable housing and safer roads. But the Egyptian leader warned Thursday that his government’s work could be in vain unless the country’s rapid population growth is halted.

“We’re not trying to scare anyone by saying that this population growth will eat up the country,” he said. “I don’t think anyone can do as much as we can,” he added.

The first phase of the project, which cost 45 billion Egyptian pounds (US$1.8 billion), was completed this year and consists of 19,500 housing units, 90% of which will accommodate low- and middle-income families, with the remainder being luxurious houses.

Two hotels in Nova Mansoura also began operating this month as part of the first phase.

Upon completion, after three more phases, the city is expected to be home to 1.5 million residents, with the first phase accounting for 40% of this.

“Today we are in Nova Mansoura to reap one of the fruits of the new republic’s plans to boost the economy,” Housing Minister Assem El-Gazzar said at the opening ceremony.

El-Gazzar said the government’s priority is to develop the region’s infrastructure to attract investors to more Egyptian provinces, many of which are lagging behind after years of what El-Sisi described as “government neglect”.