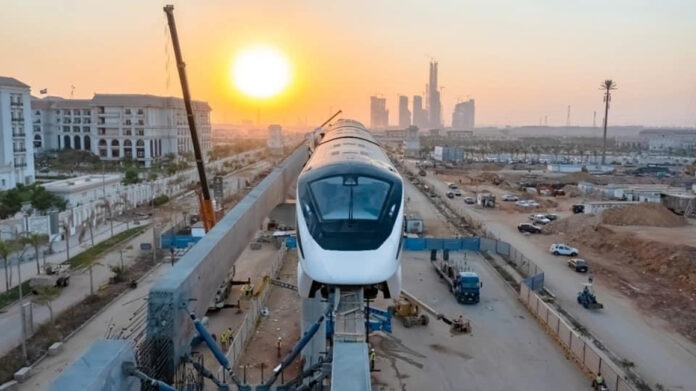 Egypt’s current monorail project will usurp the Chongqing Rail Transit System as the longest monorail in the world when it is completed later this year.

In August 2019, the National Authority for Tunnels; Bombardier Transportation; Orascom Construction, and the Arab Contractors announced a deal to design, build, and manage two monorail lines in Egypt.

The 54-kilometer Monorail line will take 60 minutes to travel at an average speed of 80 kilometers per hour; the 42-kilometer 6th of October City line will take 42 minutes. Both will take significantly less time than other forms of transportation in Egypt. At full capacity; the monorail will be able to transport about 45,000 passengers per hour in each direction.

The autonomous monorail will have two lines, the first of which will run 56.5 kilometers from Nasr City to the New Administrative Capital, and the second of which will run 42 kilometers from the 6th of October City to Al-Mohandessin. There will be 21 stations on the New Administrative Capital line and 12 stations on the 6th of October City line.
Once they are completed, the two lines will be able to transport 45,000 passengers per hour in each direction.