Ethiopia Inaugurates Museum of Art and Science, One of The Largest In Africa 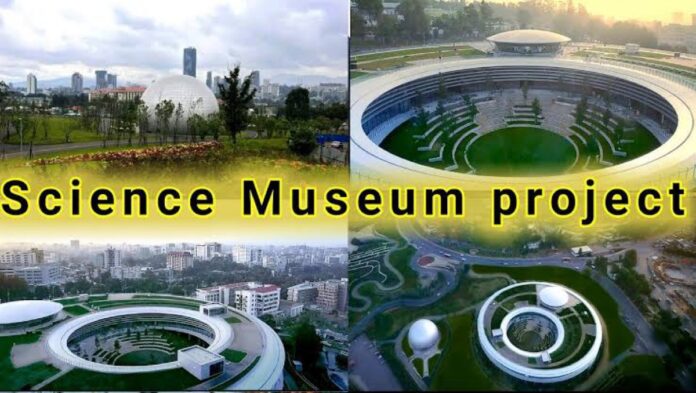 Ethiopia has officially opened the Ethiopian Museum of Art and Science, one of the largest and most modern science museums in Africa.

The Ethiopian Museum of Art and Science is located opposite the National Palace or behind the Sheraton Addis Hotel.

Built on seven acres, 80% of which are green spaces, the museum consists of two massive buildings overlooking Addis Ababa from above.

Among other things, the massive museum is intended to serve as a research center and place to preserve ancient and modern technology in various fields and pass it on to the next citizens of the world.

Equipped with a modern green energy source, the museum aims to preserve and present ancient Ethiopian knowledge such as traditional medicine, cultural and traditional knowledge and the like.

The museum is an initiative of Prime Minister Abiy Ahmed, who also launched the Abrhot Library, which opened a few months ago at a total cost of 1.1 billion Birr.

The museum is within walking distance of the Abrhot Library building, built on 19,000 square meters of land close to the National Palace.

According to sources, the opening of the museum is scheduled for this evening in the presence of guests, including the diplomatic community in Addis Ababa.