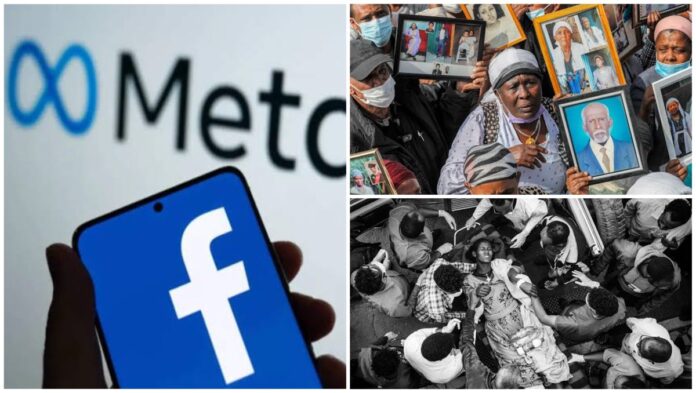 Ethiopians have sued Meta, Facebook’s parent company, over hate speech, which they say was allowed and even promoted on the social media platform, amid heated rhetoric about Tigray’s deadly conflict in their country.

Former Amnesty International human rights researcher Visiha Tekele is one of the petitioners in the case filed on Wednesday, the other is the son of university professor Mirage Amari, who was killed weeks after Facebook posts incited violence against him.

The case was filed in neighboring Kenya, where the platform’s Ethiopian content moderation operations are located. The lawsuit alleges that Meta did not hire enough content moderators there, uses an algorithm that prioritizes hateful content, and is slower to act on crises in Africa than anywhere else in the world.

Facebook spokesman Ben Walters told The Associated Press that they could not comment on the lawsuit because they had not received it.

Sharing a public statement: “We have strict rules defining what is and isn’t allowed on Facebook and Instagram to remove this content.” She added that Facebook is continuing to develop its capabilities to detect infringing content in the most popular languages in Ethiopia to recognize.

The two-year Ethiopian conflict in Tigray is said to have claimed the lives of hundreds of thousands of people. The warring parties signed a peace agreement last month.

“This lawsuit is an important step in holding Meta accountable for its damaging business model,” Amnesty International’s Flavia Mwangovia said in a statement, noting that Facebook posts targeting the former researcher and professor were not isolated cases were.

The Associated Press and more than a dozen other outlets have spent the past year investigating how Facebook has failed to quickly and effectively mitigate hate speech in cases around the world, including in Ethiopia. The reports were based on internal documents obtained by whistleblower Francis Hogan.