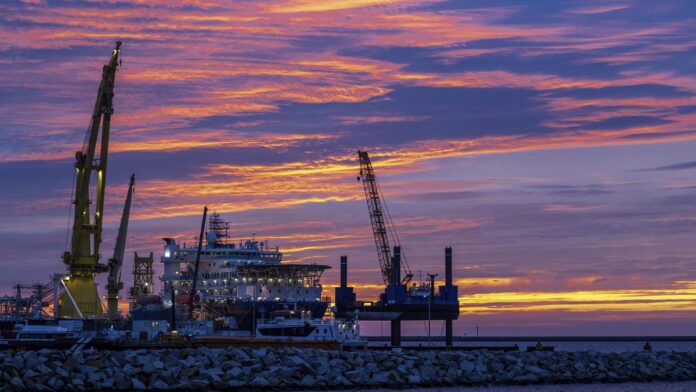 The European Union (EU) is setting its sights on the shores of Africa for gas to reduce the continuous dependency of European nations on Russian gas. While the process is still unfolding, the Union has promised to release more detailed information about the sensitive interaction between distribution companies and the Russian president, Vladimir Putin. Further expressing the need for an alternative, companies around Europe have been experiencing a tough time satisfying Putin’s demands.

To address what is an economic benefit for Africa, U.K. Prime Minister, Boris Johnson will give an address to the Ukrainian Parliament on Tuesday. As he aims to compare their struggle with Russia to Britain’s during World War II, Johnson is to address the parliament to cushion the Ukrainian plight with hope.

As Russia continues its invasion of Ukraine, the U.K. Prime minister will announce a new military aid package. Of course, the aid comes at a perfect time as the invasion weighs down the military capacity of Ukraine. Since the country has become quite concerned with evacuation; especially in cities besieged by war; the need for help grows even more by the day.

Johnson, who visited Kyiv last month, would repeat Winston Churchill’s words: “This is Ukraine’s best hour, an epic chapter in your national story that will be cherished and recounted for years to come,” according to prepared remarks released by his office.
The United Kingdom has pledged 300 million pounds ($376 million) in military aid to Ukraine, as well as “specialist civilian protection vehicles,” according to his office. In Kyiv, the British Embassy will reopen soon to foster interaction between both nations.

Setting up a ruble-denominated account to pay for Russian gas would constitute a breach of contract; according to Italian Prime Minister Mario Draghi.
“It’s critical that the EU Commission issues a clear legal view on whether payment in rubles is a violation of sanctions;” Draghi said during a late Monday news conference. He called for more clarity from the EU, noting that Italy will make payments in approximately two weeks and that the country will follow EU directives.

The EU will strive to expand its collaboration with African countries. This is to help replace Russian natural gas supplies and cut its reliance on Moscow by nearly two-thirds this year.

According to a draft EU paper reviewed by Bloomberg News, countries in Africa; particularly in the western portion of the continent; such as Nigeria, Senegal, and Angola, have mostly untapped potential for liquefied natural gas.

Read Also; Egypt’s Monorail Set To Become The Longest Monorail In The World