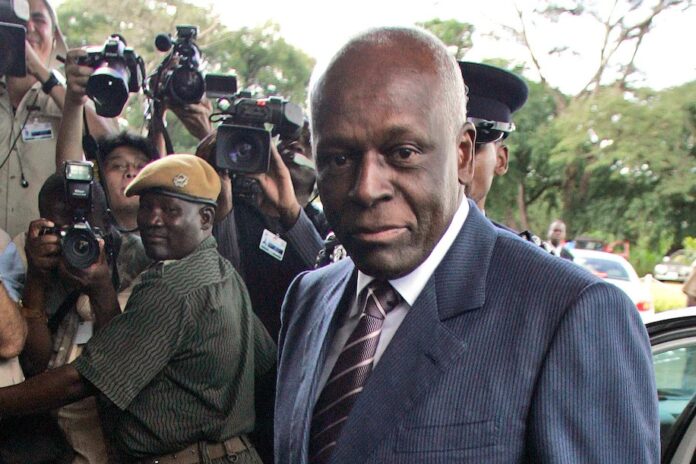 José Eduardo dos Santos, who ruled Angola for 38 years died at the Barcelona clinic, where he was hospitalized in June, more than five years after stepping down in May 2017.

His daughter Isabel, nicknamed “the princess” and appointed to head the national oil company Sonangol in 2016, is now being sought by judges and facing a series of corruption investigations. His son Filomeno has also been in prison since 2019, also on corruption charges.

When José Eduardo dos Santos came to power in 1979, Angola was in civil war for four years after gaining independence from Portugal.

About 500,000 deaths were recorded in 27 years in the war he waged against Jonas Savimbis Unita with the support of the USSR and Cuba, supported by the South African apartheid regime and the United States.

Of course, this was the time of the oil boom, still, Dos Santos managed to make Angola the largest producer of black gold in Africa—alongside Nigeria—but only for of a small fraction of the population.

Rarely in public, he retains full control of his party, the Movement for the Liberation of Angola (MPLA). This meant that he is constantly reappointed as head of state, where he directs the government, army, police, and judges.

Also, read; 40 African-Americans Take Up Igbo Names as They Trace Their Roots To Nigeria

Under his rule, the media was closed off and the rare outbreaks of popular protest were suppressed, with dozens of international bodies referring to him as a leader who stands against free speech.

Outside Angola’s borders, his long life established him as a political pillar in the region, where he was a powerful supporter of Congolese President Joseph Kabila

“Against all odds,” dos Santos “has managed to stay in power despite the challenges of war and elections,” said Alex Vines of the Chatham House think tank in London.

He was always a great strategist,” says Didier Péclard, a professor at the University of Geneva. “He knew how to redistribute the favors made possible by oil income to a relatively small group of political clients.

Mr. dos Santos was born on August 28, 1942, into a humble family and grew up in the “bairro” or neighborhood of Sambizanga.

The son of a bricklayer, he joined the MPLA in 1961, but participated only briefly in the armed struggle.

Two years later, he received a scholarship to study in Azerbaijan, where he graduated in engineering and married a Soviet woman, Tatiana Kukanova, Isabelle’s mother. He then married Ana Paula, a former stewardess who was 18 years his junior, and had several children.

In the 1970s, he continued his political rise by joining the MPLA Central Committee. He succeeded the first Angolan President, Agostinho Neto, and became its top diplomat after independence in 1975. When Neto died in 1979, he was sworn in as head of state by the party, of which he became president.