Former Malawi President Under Investigation in Connection With Murder of Albino 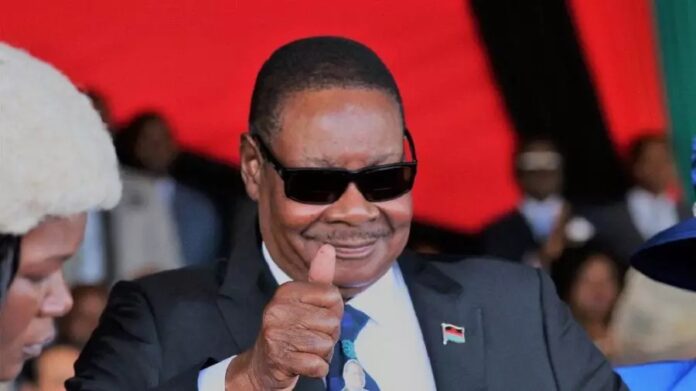 The Malawi government has ordered police to investigate former President Peter Mutharika and an aide in connection with the 2018 murder of a 24-year-old albino.

According to reports, Some of those convicted for the 2018 murder called the former president an accomplice, which Mutharika has since dismissed as a ploy to tarnish his image.

Chief prosecutors Steve Kayuni said the order was in response to a court ruling questioning why no investigation was carried out into the alleged involvement of former President Peter Mutharika and his former aide, Hetherwick Ntaba in the murder of MacDonald Masambuka, an albino.

According to Kayuni, Mutharika and Ntaba could face charges of injuring a person with a disability, harvesting human tissue, and carrying out human tissue transactions.

During the trial, a former police officer, Chikondi Chileka, and another man, Alfred Yohane, alleged on several occasions that Mutharika and his aide were behind the plot to kill Masambuka.

The testimony forced Judge Zione Ntaba to withdraw from the case in May 2019. Interestingly, former presidential assistant Hetherwick Ntaba is reportedly the judge’s paternal uncle.

Ntaba, former chairman of the National Task Force on Persons with Albinism, told the VOA on Thursday that the results of the investigation the government launched in 2019 failed to prove the allegations.

“At the same time, a Presidential Commission of Inquiry was created to investigate these allegations and other questions about the murder of persons with albinism.

“They came out with their findings, they didn’t confirm these claims,” Ntaba said. “Anyway, the current DPP [head of the Public Ministry] is aware that there is such a report from the investigation commission. He should look into that too. He must know what the report says.”

Ntaba said he has long been willing to challenge the allegations in court.

“As soon as I heard my name and the name of the former president in court, I went to him [the chief prosecutor’s office] in response to the allegations of these people that he is talking about now,” Ntaba said. “I said, ‘I want to go to court and answer this,’ and his response was, ‘Don’t worry, there’s no evidence.’

In a statement on Wednesday, former President Mutharika also dismissed the allegations as false, malicious and evil propaganda aimed at tarnishing his image.

Mutharika called on the government to release the findings of the commission of inquiry he created in 2019 to investigate the causes of attacks on people with albinism in 2014.

However, human rights lawyer Michael Kayiyatsa said it was wrong for Mutharika to dismiss the allegations as “political propaganda.”

“These allegations were made by convicts in court,” Kayiyatsa said.

Kayiyatsa further explained that the best thing the ex-president of Malawi can do in this situation is to simply allow the court case to run it’s course. He advised that the case and the reports shouldn’t be quickly dismissed as propaganda, given the gravity of these allegations.