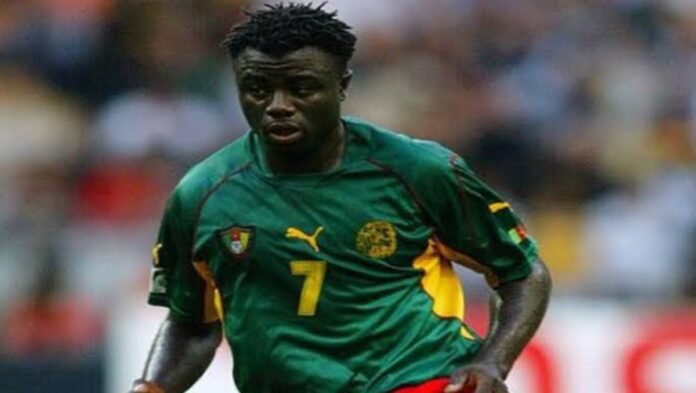 Mbame won two French Cups with the Parisian club in 2004 and 2006 and an Olympic gold medal with Cameroon at the 2000 Sydney Games.

It was at these Olympics that Mbame secured his place in Cameroonian football history when he scored an extra-time “golden goal” to seal the Indomitable Lion’s quarter-final victory over Ronaldinho’s Brazil.

After starting his career at Kadji Sport Academy followed by Dinamo Douala in Cameroon, Mbame joined Paris Saint-Germain in 2003, where he stayed for three seasons.

He then spent three seasons with French team Olympique de Marseille, who were among those who paid tribute to the Cameroonian and expressed “great regret”.

Tributes poured in from across the footballing world, including former teammates and FIFA President Gianni Infantino.

Compatriot Georges El Koubi of Cameroon tweeted: “Devastating news. My friend Modeste Mbame passed away so quickly. Thank you for your warm welcome and roommates.”

“My deepest condolences and prayers go out to his family and friends. Thank you for all your contributions to the Cameroon national team.”

In addition to his time with French clubs, Mbame played for clubs in Spain, China, Saudi Arabia and Colombia before returning to France to finish his playing career with Le Havre in Ligue 1.

After retiring at the age of 35, he moved back to Cameroon and organized football recruiting journeys in Africa.

“We are deeply saddened by the death of former Cameroonian footballer Modest Mbame,” the African Football Association said on Twitter.

“All our condolences and thoughts are with his family and friends at this difficult time. May he rest in peace.”