French Troops Withdraws From Mali Military Base, Hands It Back To Malian Government 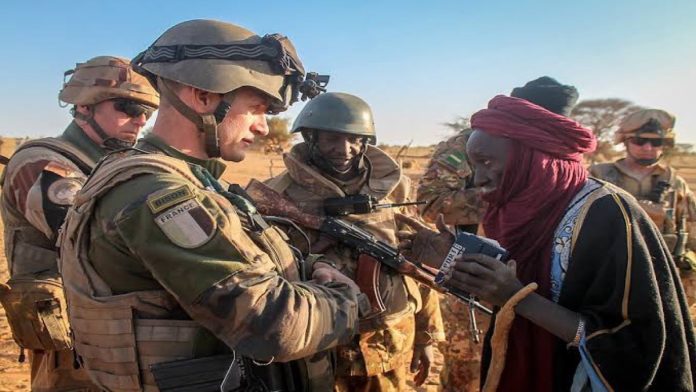 According to local media, French troops have withdrawn from a military base in Northeastern Mali and handed the control back to the Malian government.

While French troops prepare for a total and perhaps absolute withdrawal from Mali, the government of France has, in good faith, begun to pull out of local military bases, ahead of time.

After nine years of fighting a jihadist insurgency within the Sahel nation, many have argued that the French military has overstayed its welcome and is now due to have left Mali completely.

In response to these debates, the Malian government, and the French military, reached an agreement that championed a total withdrawal of French troops from Mali.

However, several organizations including the United Nations (UN) revealed earlier that the withdrawal of the French troops might be disastrous for “Menaka,” as the area would be left unprotected and therefore vulnerable to future jihadist attacks.

According to the spokesperson of the French army, General Pascal Ianni, the withdrawal from the Northeastern military base of Mali has been done “in good order, safely and transparently”.

Although the French military has an ultimatum that is due by the “end of the summer” and will mark the presence of French troops in Mali complete.

However, before the withdrawal is complete, France’s main military base at Gao is also expected to be returned go to Malian forces.

Due to security concerns and the fear of leaving locals at risk, numerous suggestions have been raised, with some targeted at ensuring French participation in the security of Mali.

While at the UN Security Council, France offered to continue air support for the UN force from outside Mali.
“This support is necessary for MINUSMA and to protect the peacekeepers,” French ambassador Nicolas de Riviere said in New York.

The offer was promptly rejected by the Malian government, with its foreign Minister Abdoulaye Diop telling AFP: “Mali strongly opposes any air support that Barkhane might make to the (UN) mission on Malian territory”.

However, in 2013, France began anti-jihadist operations in the Sahel, assisting Mali in putting down a rebellion in the north.

Protests against Keita culminated in a coup headed by dissatisfied colonels in August 2020, which was followed by a second military takeover in May 2021.

Relations with France have deteriorated progressively since then, fueled by the junta’s refusal to give a specific time for restoring civilian authority and Bamako’s accusations that France was pushing the area to take a harsh position against it.

As ties and security deteriorated, France’s ambassador to Bamako was also dismissed in January, and President Emmanuel Macron announced his total withdrawal from Mali the following month.