Germany to Withdraw Troops From Mali by May 2024 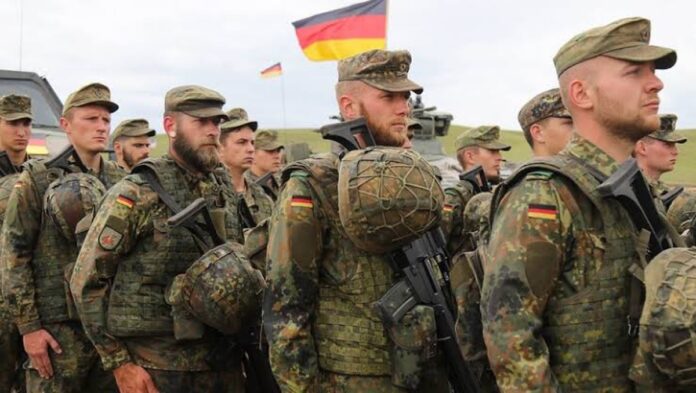 A German government spokesman said on Tuesday that after a decades-long mission, Germany will begin withdrawing its armed forces from Mali from the middle of next year, with the withdrawal expected to be complete in May 2024.

Berlin had deployed about 1,000 troops to Mali, furthest to the northern city of Gao, where their main task is to collect reconnaissance material for the UN peacekeeping mission MINUSMA.

The future of the German mission has been in doubt for some time due to repeated disagreements with the ruling military junta in Bamako and the arrival of Russian forces in Gao, which has heightened Berlin’s concerns about the growing Russian military presence in Mali.

Government spokesman Stephen Hebbestreit said the government had decided to extend the mission’s mandate to May 2023 to ensure an orderly exit.

“In particular, the elections in Mali, scheduled for February 2024, are taken into account,” said Hepstreet.

The decision, previously reported by Reuters, is still subject to the approval of the lower house of the Bundestag.

The decision came after talks between Chancellor Olaf Scholz, Defense Minister Christine Lambrecht and Foreign Minister Annalina Berbock, who disagreed on the matter.

While the Ministry of Defense was pushing for a withdrawal, the State Department warned against leaving Mali in view of the growing Russian presence and urged German troops to remain.

“It will be a very orderly withdrawal from Mali – without losing sight of the transition process in Mali,” said Lambrecht. He added: “With elections scheduled for February 2024, we will stay with those elections, but we will start withdrawing in the summer of next year.”

The May 2024 deadline, first reported by Der Spiegel, suggests a compromise as it means German forces will continue to be present to hold presidential elections in Mali.

The United Nations said it had not yet received formal notification of the German withdrawal, adding that MINUSMA and the people of Mali still need support from other countries.