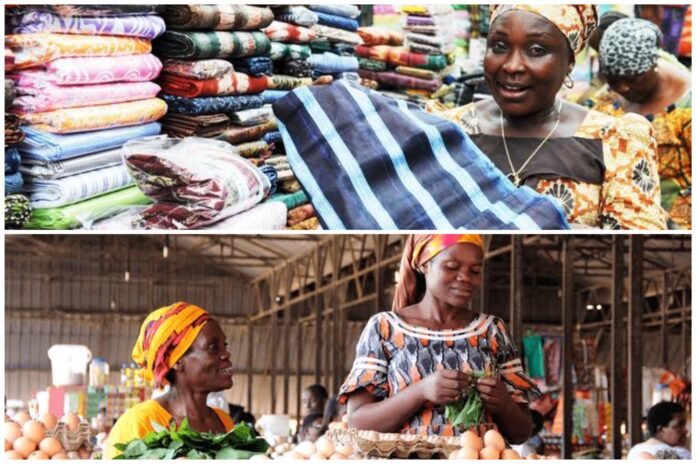 For the third year in a row, the Mastercard Index of Women Entrepreneurs (MIWE) has ranked Botswana (38.5%), Uganda (38.4%) and Ghana (37.2%) as the countries with the most female entrepreneurs worldwide.

According to reports, the index benchmark is calculated as a percentage of all entrepreneurs, flourishing within stated countries.

This is the fifth edition of MIWE, which highlights the significant socio-economic contribution of women entrepreneurs across the world, including Africa, and provides insights into the factors that drive and inhibit their rise.

In many African countries, the advancement of women is hampered by less favorable business conditions, lack of funding, fewer opportunities for higher education and structural barriers.

However, Botswana ranks in the top 15 global economies in terms of women’s advancement results, particularly in terms of performance by income, outperforming high-income and developed economies such as Canada, the United States, New Zealand and Switzerland and Australia.

According to the report, Nigeria ranked first globally in the activity rate of women entrepreneurs, alongside Angola and Ghana, in the 2021 MasterCard Index of Women Entrepreneurs (MIWE).

Despite the challenges posed by the pandemic and economic slowdown, Mastercard research shows that female owned businesses in Africa are resilient and adaptable, particularly in low- and middle-income economies, and often outperform men when it comes to entrepreneurial activities.

She added that “Women in Botswana, Uganda, Ghana, Nigeria, and Angola are prime examples of women’s determination to support themselves and their families despite financial, regulatory and technical challenges.

In these economies, women can take advantage of opportunities in their communities to become business owners, leaders and skilled workers.”

As part of Mastercard’s commitment to creating a world where women entrepreneurs are equally represented and supported, the company has made a global commitment to connect 25 million women in business to the digital economy by 2025.

Empowering female entrepreneurship will not only act as a catalyst for growth and innovation, it will also strengthen communities around successful women and promote a fairer and more sustainable global recovery for all.