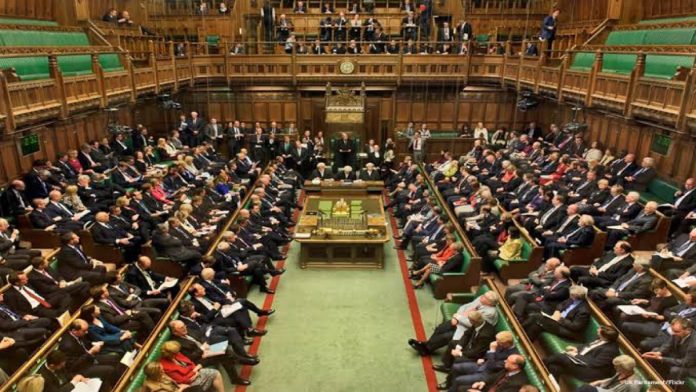 The UK parliament has invited members of the Ghanaian parliament over Ghana’s proposed “anti-gay bill.”

Anyimadu-Antwi revealed that members of the committee will set out to leave from Kotoka International Airport also simply called “KIA,” on Sunday, June 12th, 2022 and will be joining members of the UK parliament on Monday, June 13, 2022.

“The invitation came to the Speaker, and the Speaker forwarded it to the Committee. Four members of the committee, including myself and the ranking member will be attending this important meeting,” Anyimadu-Antwi said.

He further explained that the group of Ghanaian MPs involved will take off on Sunday. “We were supposed to have gone today but because of flight arrangement we will go on Sunday, so we walk into the meeting Monday morning and by Wednesday we are done,” he told TV3.

The meeting is necessitated by the recent decision of the Ghanaian Parliament to immediately criminalize the continuous promotion and defense of LGBTQ+ rights within Ghana.

Recall that the Ghanaian government earlier closed down a community center for sexual minorities due to public outcry, especially from church organizations and politicians, who considered the center to be publicly unfit for the Ghanaian community.

Among those who actively championed the bill to ban LGBTQ+ activities within Ghana, was lawmaker Sam George. The lawmaker expressed his wish for the bill to be passed, despite the meeting between Ghanaian MPs and members of the British parliaments.

As stated, the Anti-gay bill, if passed, will put an end to any open display of LGBTQ rights within Ghana. The bill will also promote arrests of anyone involved, as it seeks to criminalize promoting activities of members of the community.

Sadly, as noted by several LGBTQ advocates, the bill threatens the existence of LGBTQ members in Ghana and would further cause them to be subjected to violence.