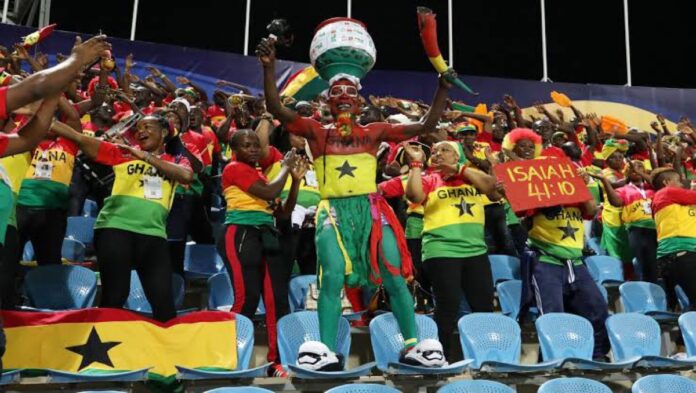 Ghanaian fans were in full cheer after a thrilling 3-2 victory over South Korea in Group H of the World Cup.

The sound of vuvuzela and jimba drums mingled with blaring trumpets at Education City Stadium on Monday.

Some fans danced, others took selfies and photos with anyone who asked, including several volunteers and stadium security, who seemed euphoric given the noisy atmosphere after the game.

“Metro over here,” they sang together, embodying a now famous and catchy phrase used by stadium security to direct spectators to the subway.

“It was a tense game,” cheerleader Chris Key, who is of Ghanaian descent and lives in New York, told Al Jazeera. “…the last few minutes lasted maybe 10 years of my life.”

“People will be everywhere in Ghana and wherever our people are in the world,” he said. “…it’s a great victory.”

Akwasi Bah-Frimpong, a Ghanaian fan based in Canada, said the game was the “nerviest” of his life.

“I’m relieved that we won,” he said. “…for the last 10 minutes I thought I was going to have a heart attack.”

He added that Ghana’s chances of qualifying are “very good”.

Their opponents weren’t too lucky, however, and quickly made their way to the exits.