Guinea Jails Police Officer For The Death of Young Protester 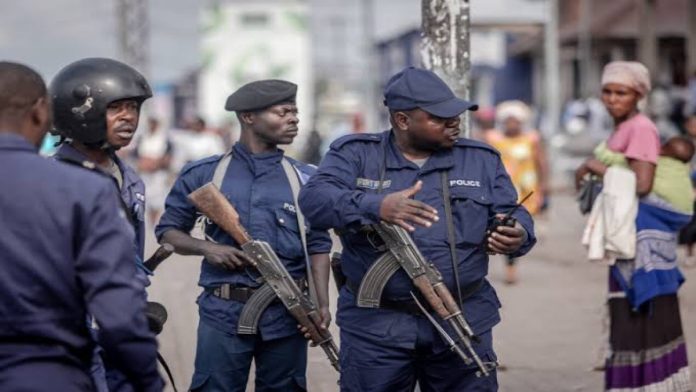 Guinea’s government has jailed a police officer for the death of a young protester on June 1.

After a series of investigations, a Guinean court found the death of a young protester to be directly linked to the unnecessary discharge of firearms by the police officer in question.

The 19-year-old was shot dead while protesting the high fuel price in a nationwide protest noted to have been quite active in Conakry.

According to local media, four other members of the security forces on the scene were also charged with “criminal abstention.”

Interestingly, prompt action was taken against the security officers as they were immediately placed under judicial supervision.

Also read; French Troops Withdraws From Mali Military Base, Hands It Back To Malian Government

The Attorney General Alphonse Charles Wright, in a statement on Monday evening, noted that the indictments of the five suspect are in-fact an incredible achievement.

He explained that in a country with such fragile political state and one whose “gendarmerie and police forces” have faced intense criticism from organizations and citizens alike, for their impunity, it is quite interesting to watch justice prevail.

“Moriba Camara has been charged and placed under arrest for the alleged murder of Thierno Mamadou Diallo,” the public prosecutor announced.

Recall that the unfortunate death of the 19-year-old rocked the media, with Guineans crying out for justice to prevail. According to report, the young man was shot dead during a clash that broke out between security officials and protesters.

The Attorney General has stated that more investigations will be conducted on the matter to further find evidence, perhaps against other officials involved.

Last Monday, he confirmed that the young man was in a shop when he was wounded by a gunshot as bullets were fired outside during a spontaneous protest against rising fuel costs.

Also, worth noting is the unfortunate death toll during protests against President Conde’s third term. Dozens of Guineans were killed, with a great majority wounded or killed by gunshot, between 2019 and 2021.