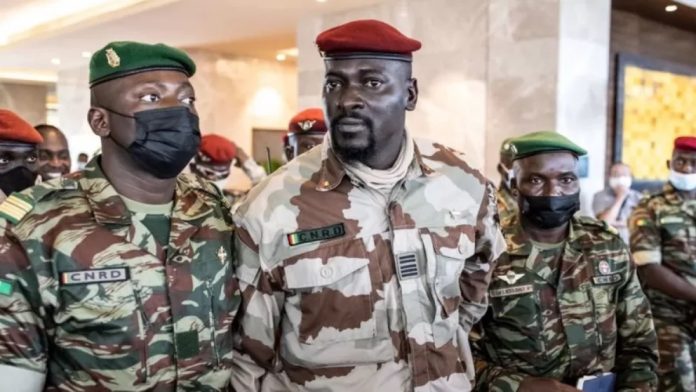 Guinea’s ruling junta has rejected a UN proposal to abolish a ban on political protests, maintaining that protests should only be allowed during the three-year election period.

The military deposed President Alpha Conde in September and put a ban on public demonstrations last month ahead of a three-year transition to a civilian administration.

The UN Human Rights High Commission urged for the ban to be lifted on Monday, but the junta turned down the request late Tuesday.

“No march will be authorized so long as public order cannot be guaranteed in such events,” it said in a communique read on state TV.

The junta asserted that hundreds of people lost their lives as a result of violent protests that erupted during the Conde administration. The junta claimed to have already established bodies where “contradictions and misconceptions can be debated in a peaceful manner.”

“As a result, nothing can justify marches during this sensitive era of national life in which Guineans have returned to speaking to each other as brothers,” the statement read.

Over the years, local analysts have noted that political parties are growing more vociferous in their opposition to the junta’s authority and what they claim is a crackdown on civil liberties.

Of course, such parties have had a significant place in Guinean society. The National Front for the Defense of the Constitution (FNDC), a coalition that organized anti-Conde rallies for months in 2019 and 2020, issued a statement on social media accusing the junta of taking a “dictatorial mindset.”

This statement is in fact similar to that of dozens of other agencies and especially that of political parties seeking a quick transition to democracy.

The public was urged to “mobilize for the impending resumption of peaceful and civil demonstrations… to prevent the theft of power and demand a fast return to public order,” according to the statement.

The military junta consists of the likes of Colonel Mamady Doumbouya, who leads the junta, and other pivotal army officers. The reign of the Junta is said to be a three-year transformation plan which is in direct opposition to regional partners in the Economic Community of West African States (ECOWAS).

Following the coup, the West African bloc suspended Guinea’s membership and threatened economic and financial sanctions if the junta refused to accept a shorter transition period.

The matter is expected to be raised again during an ECOWAS summit on Saturday in Accra, Ghana’s capital.

Meanwhile, on Tuesday, a special anti-corruption court ordered the detention of three former Conde ministers who were indicted in April with suspected embezzlement.

Recall that we had earlier reported that Guinea’s military leadership stated that after a 39-month transition period, the country will revert to civilian rule.

Col Mamady Doumbouya, speaking on television, said the plan would now be presented to Guinea’s parliament.

Last year, his army deposed the elected president in a coup, which many Guineans first supported.

However, as the military junta has failed to pass over power to civilian control, there has been mounting unrest.